Following up from last year, three companies that had their year-end in March 2017 – Centum, Kenya Airways, and Safaricom have just published their annual reports. Later this month, they will all have shareholders annual general meetings – Safaricom’s will be on September 15, Kenya Airways, who already had an EGM will have their AGM on 22 September, while Centum’s will be on September 25th at Two Rivers, Nairobi.

Notes from the annual reports. 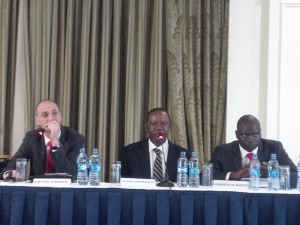