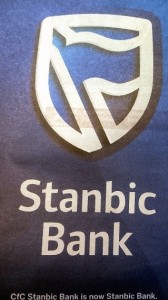 August 17 EDIT: Stanbic Africa has been granted an extension by Kenya’s CMA to acquire another 27.3 million shares and take their Stanbic Holding shareholding to 75% up through December 2019.

July 23 EDIT : After the two rounds of tenders closed, Stanbic announced that they received acceptances which resulted in their Kenya shareholding increasing to 68%. The statement adds that they have applied to continue buying shares of the bank through the market to reach their 75% target i.e from other shareholders of the company through the Nairobi Securities Exchange.

June 21 EDIT: Results of the first closing were announced and Stanbic received offers of 26.32 million shares out of the 23 million target and they will buy 23.56 million shares valued at Kshs 2.24 billion shillings – which will increase their shareholding to 65.96%. The second phase already commenced on 12 June, and those who participated in the first phase will begin to receive payments from 25 June. Participants who take part will forego the Kshs 4 per share dividend.

May 16 EDIT: Stanbic published a new notice in which the offer changed to a tender on a “willing-buyer, willing seller” basis with no element of compulsory acquisition. It will be in two phases which run from May 21, with the first closing to June 11 and the second on July 2. This will allow those who take it up the offer to be paid earlier – and that will be after the first closing date. Preference is given to the shareholders with less than 10,000 shares, and Stanbic shares now trade at 89-92 shillings.

March 16 2018 Original: Stanbic Africa Holdings (Stanbic) – SAHL has tendered an offer to other shareholders of its Kenyan subsidiary who may be willing to sell their shares to the SAHL group at a premium as it seeks to increase its stake in Kenya’s 8th largest bank.

SAHL, which owns 237 million shares representing 60% of Stanbic Kenya, is seeking to buy another 59 million shares, which will take its stake to 75% (296 million shares) as part of a commitment to grow its business in Africa. Stanbic Kenya is listed on the Nairobi Securities Exchange and SAHL has declared that the shares will remain listed after the deal and have applied for an exemption from being required to make a formal takeover.

The bank shares were trading at Kshs 83 before the announcement, and SAHL is offering to buy no more than 59 million additional shares at Kshs 95 (~$0.94) a share. SAHL states that it will give preference to shareholders on the register date for up to a maximum of 10,000 shares in the offer, which runs to April 27.

In 2016, Stanbic Kenya had 4,424 shareholders, 3,837 of whom owned less than 10,000 shares, and 1,838 of these had less than 500 shares. While SAHL states that it is not acting in concert with any other parties, it is entirely possible that the three largest shareholders behind SAHL in the Kenyan bank – two foreign firms and one local company who may own a combined 59 million shares may be targets of the offer.  One of the shareholders has also recently divested from owning large stakes in other NSE-listed companies including Athi River Mining and Kenol-Kobil.

SAHL established its banking presence in Kenya in 2007 by initially merging with the CFC Bank Group. Shareholders who take up the new offer to sell their shares will also forego a dividend of Kshs 4.00 per share declared this month when Stanbic reported bank profits of Kshs 5.6 billion along with assets of Kshs 239 billion, loans of 130 billion and deposits of Kshs 153 billion. 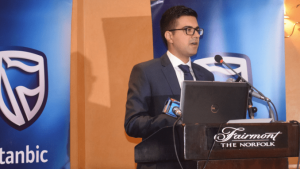 The value of African art can grow tremendously over the next decade with investment and support from buyers both within Africa, and others who live beyond the continent, as well as from African art schools, governments, museums, galleries, art professionals and banks to stimulate and support more interest in African art.

These are some of the findings from the Art & Finance Report 2017 that was unveiled at Deloitte’s 10th Art and Finance conference at the Italian Stock Exchange in Milan this week and which estimated that the value of art owned by Africans collectors was $12.7 billion in 2016 and that it  could grow to $20 billion by 2026. This still accounts for less than 1% of the global art market currently estimated at $1.6 trillion with an annual turnover of $50 billion.

Some key findings of the report which looked at the global art markets include: 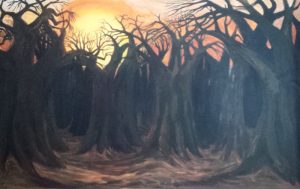 Some excerpts from the report on the African art market include:

There is currently an inter-section of art, wealth, and technology with the possibility that bitcoin / block-chain can be used to assist banks and financiers with tools to help with transparency authentication, copyrights and ownership of art objects and there are already platforms such as Blockai, Ascribe.io, Chainmark, and smArtchain etc. in use.

The greatest demand for African art is currently from high net worth individuals in Nigeria and South Africa, which are the two largest economies in Africa. The report also notes that there is increasing demand from corporations such as the Nigeria Stock Exchange

Elsewhere In Kenya, Stanbic was working on investor management portfolio offerings that include wine and African art, while Nigeria has Access Bank in Nigeria. There are also other innovations coming up in African art and finance from leading banks and galleries in Kenya, South Africa and Europe.

Yesterday Harbinder Singh Sethi and James Buchard Rugemarila were charged with obtaining $22 million and 309 billion Tanzania shillings from the Bank of Tanzania in what’s been dubbed the Tegeta Escrow case.

The Charge Sheet of #TegetaEscrow
We waited patiently 🙏🏽 close to 3 years pic.twitter.com/7VRvPlJmSC 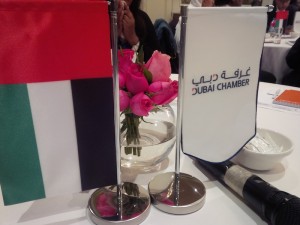