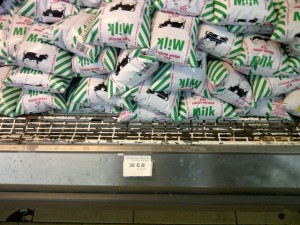 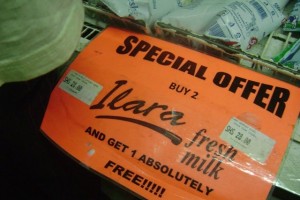 most from the papers this week

Strathmore to train entrepreneurs: Strathmore University has launched an Enterprise Development Centre (SEDC) to train entrepreneurs in management of SME’s. This will be done through a six month certificate program in entreprenual management that covers, among other aspects, taxation & law, financial recordkeeping, managing HR, business planning, risk management, diversification, capital budgeting and excellence in customer service. It will use locally developed case studies and also provide networking opportunities and access to service providers through a business club.

ARM split: Athi River Mining intends to spin off its cement, and mineral & chemical operations into two wholly owned subsidiaries;
– ARM Cement Limited – who will continue with the manufacture and sell cement and limestone – (the new Kaloleini factory will be transferred to the subsidiary)
– ARM Minerals & Chemicals Limited – who will produce minerals and sodium silicate building products – (the Athi River factory will be transferred to the subsidiary)

Invest in Uchumi: Gearing up for a revival is Uchumi Supermarkets whose Receiver Manager has places an international tender for financial firms who will assist in the for (i) pre-qualification of financial bidders and (ii) selection of winning bids to become strategic equity partners (new investors in Uchumi). D/L is 6/6

Milky at NSE?: Preparing for a possible listing at the Nairobi Stock Exchange is New KCC who published their financial accounts this week for the year ended June 2007, which showed that they had exceeded the performance over the previous 18 month period; New KCC had assets of 4.7 billion shillings (up from 4.0b in 18 months to 06/2006), turnover of 4.5 billion (compared to 4.9b) and a pre-tax profit of 284 million (compared to 350 m) – after paying over 2 billion shillings to dairy farmers. Meanwhile Sameer is making dairy waves in Uganda

Derailment?: Rift Valley Railways in trouble with the Governments of Kenya and Uganda over the performance of the railway concession. Last year it appeared they had turned the corner in terms of performance.

FYI: You can track NSE shares in real time for free at Rich.co.ke

Dud dividend Got my biggest dividend cheque ever (i.e. most digits) i.e. a 25,000 Uganda – a payoff from the Stanbic Uganda IPO. But it is almost impossible to cash it in. Stanbic Nairobi look at you like you came from outer space, while my other banks tell met it will cost more than it’s’ worth (about Kshs 1,000) to clear. Remember that next time you go buying shares in Uganda or Tanzania I wish there was a good dividend reinvestment program in place. – I may endorse it to my stockbroker even though there’s not a lot of shares I could but for that (Eveready perhaps?). Any suggestions?

edit Sent in my reader Drop My Load who comments:
Stanbic have issued an email that goes like this:

Below is a statement from Stanbic Bank Kenya, which we would be grateful if you pass along to the relevant branches and clients who invested in Stanbic Bank Uganda.

” In case of non SBK customers who choose to deposit their dividend warrants in the accounts in other local banks, these banks will route the cheques through SBK for collection in the normal interbank way for foreign cheque collection

Ask your bank, they should be able to help.

Strange banking: It’s always a sensitive thing to write about banks since they have customers – some of who are likely to panic and withdraw their funds. But there’s no danger of that with fast growing and strong Equity Bank. Just days before their listing in 2006, one of their directors resigned – could this be the reason?

In a political changeover long expected, KCC (Kenya Co-operative Creameries) and KCC 2000 have been taken over by New Kenya Co-operative Creameries. – and a notice to that effect was posted in the daily papers this week. This raises a lot of focus as it legitimised the KANU deal that controversially converted KCC into KCC 2000 and this new deal will provide quite a windfall for whoever has just sold KCC 2000. However, the sale is likely to be challenged in court as it does not transfer any liabilities from the original collapsed (and debt-ridden) KCC.