This week the deal for Diamond Trust Bank to acquire Habib Bank was approved by regulatory authorities. The Central Bank of Kenya approval notes that Habib will acquire 4.18% of Diamond Trust (the 6th largest bank in the country) and that the transaction would be completed on August 1, 2017, when Habib Bank (the 33rd largest) will cease being a licensed bank, and all its depositors, borrowers, employees, and creditors will be transferred to Diamond Trust.

As is the norm these days for large M&A deals to be approved in Kenya and the COMESA trade zone of Africa, there is a focus on job retention for as many of employees, and that there be no layoffs, while some business will continue with existing partners in terms of sales, distribution, servicing, and licenses for a defined period of time after the deal. 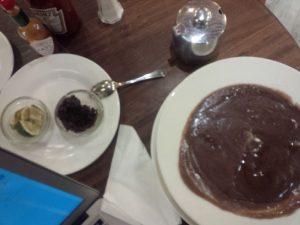 See Part I and Part II

From a Diamond Trust newspaper release

Showed an inability to grow as faster as the bigger bank, with few exceptions. Yet they are still profitable and reluctant to merge

The banks got a temporary reprieve when parliament shot down the government’s proposal that banks should have a minimum capital of 1 billion ($15 million) 3 years from the current 250 million shilling minimum’ but that proposal is likely to be revisited by future finance ministers.

32. (35) Habib Bank: Estimated 3.5 billion assets and profit of 90 million, with growth of 12% from a year ago. Participated in the first Diamond trust rights first issue as a possible merger step.

30. (32) Consolidated Bank: Estimated 4.5 billion assets, 20 million profit with the 30% growth from a year ago. There was public fallout between the MD and the board resulting in the board being fired by the Finance Minister. The Deposit protection fund (DPF) of the Central Bank plans to sell its 51% stake to private sector, and is likely to be found next year by private sale. A loss in 2005 makes the bank ineligible for an NSE listing and the owners the collapsed banks that form Consolidated Bank are likely to figure in as potential buyers.

29. (34) Development Bank of Kenya: Estimated 4.8 billion and 200m in profit. Remarkable growth fro a development finance institution to record 45% growth in loans & deposits. Part of ICDC’s (Government) 90% stake in the bank is up for sale in 2008.

27. (30) Chase Bank: Estimated assets of 5.0 billion, and profit of 130 million. The winner of small bank awards, will open new branches next year and has set about achieveing a recapitalization target of 1 billion, through retained earnings.

26. (26) Giro: Estimated 5.3 billion assets, 70m in profit. With 7% growth in the year, It was supposed to be sold to state bank of India, but the deal is yet to be approved by regulators.

24. (23) ABC: Estimated 5.8 billion assets, 170 million in profits. With 12% growth from a year ago, ABC was one of the few small banks that had a marketing push to target new customers in 2007 in addition to a recapitalization drive. Launched kisima a flat fee account and has new branches.

22. (25) K-Rep: Estimated 7.2 billion assets, 200 million profit . With international shareholding and micro-finance expertise is an natural candidate for a merger Was 29th two years ago and recorded about 60% growth in 2007.

based on reported figures for September 2006

1. Barclays Bank of Kenya [assets worth 117.17 billion shillings ($1.67 billion)] In 2006 Barclays made a major policy about turn and announced expansion plans including reopening branches they had closed a few years ago. They also venture into Shariah compliant banking as did KCB, I&M, Dubai and K-Rep banks.

Compared to September 2005, assets were up 10%, deposits 12%, loans 14% but income was up only 6%. They also increased their investment in government securities to about 40% of the loan book. Still despite being Kenya’s largest bank, it also has the 2nd highest return on assets at 4.16% (second only to Equity Bank at 4.74%)Barclays shareholders had a very happy year, which saw them earn a bonus share and a share split in addition to their usual top dividend.

2. Kenya Commercial Bank [84.92 billion] KCB nudged passed Stanchart in assets while its share price zoomed passed though Stanchart still has a higher market cap and better returns. KCB’s expansive rural branch network was the envy of other banks such as Barclays and it also expanded into Sudan in 2006. KCB’s assets were up 18%, deposits 17%, loan 13% while income was up 26% from a year ago

4. Cooperative Bank [55.17 billion] Co-op’s strong recovery continued and it remains a strong candidate for a listing in the next two years. One of their unique traditional products – kids’ savings accounts – was invaded by other banks this year. Compared to last September, assets were up 12%, deposits up 18%, income up 19%, but loans down by 16%. Also their total non performing assets (NPA’s) doubled to 17 billion while the bank also tripled its in investment in government securities during the year.

5. National Bank of Kenya [39.37 billion] NBK is yet to have its capital and debt restructuring done even though it is promised every year by the Government and despite reporting profits each quarter, it was not able to pay any dividends. The Bank launched a low fee (Taifa) account to counter the crowds flocking to Equity and Co-op banks. Assets and loan were up 10%, deposits and income up 16% and it tripled investment in government securities but NPA have also doubled to from a year ago.

6. Citibank Kenya [35.43 billion] Assets up 12% loans up 42% and income up 33%. Was a late entrant to the share craze providing advisory services to the Mumias rights issue in November.

7. Commercial Bank of Africa [35.12 billion] CBA opened a new headquarters and is expected to venture into stockbroking. Assets, deposits, loans, and income were all up 21% but NPA also up 45% from a year ago.

8. CFC [25.04 billion] Had a successful rights issue to raise capital and also continued to roll out new insurance products. Its stockbroking unit is the largest in the country and was reported to have processed Eveready applications amounts that exceeded the shares being offered. CFC doubled its investment in government securities, assets were up 35%, deposits and loans up 20%, income up 61% but NPA were also up by 74% from the year before.

9. NIC [23.55] Still the leader in asset finance while their flat fee (MOVE) was imitated by other banks. Assets and deposits were up 18%, loans 15%, and income 33%, but NPA’s doubled from a year ago also. Shareholders finally enjoyed some significant price appreciation after being stuck at 50 /= forever.

10. Standard Bank (Stanbic) [23.29 billion] Many Kenyans bought shares in their Ugandan subsidiary while the Bank has expressed an interest in investing in NBK once it is restructured. Stanbic which has the lowest NPA (followed by Citibank and D-Trust) had assets up 54% deposits and loans up 44% and income was up 49%.

12 Diamond Trust [19.14 billion] Raised capital in an over-subscribed rights issue in December and is rumored to consolidate with a sister bank next year. Assets were up 27% deposits 29% loans 25% while income was up 33% from a year ago.

15 Housing Finance [9.8 billion] Has a new MD while its share price appreciated beyond expectation leaving it with the highest P/E on the NSE. Assets, deposits, loans, income, and expenses remained basically unchanged from a year ago while the bank has converted cash into government securities. The lack of new loan growth resulted in NPA’s forming a greater portion (72%) of loan book.

17 EABS Bank [8.55 billion] Teething pains continue as assets shrunk by 4% but with a positive outlook as income increased twice as fast as operating expenses this year, but still NPA’s are at 72%.

18 Imperial [8.47 billion] Assets up 5% loan 146% and securities up 60% as the bank had redeployed about 1 billion in placements. Income is up 13% and Imperial has among the top 5 returns (even better than Citibank)

20 Bank of Africa [6.23 billion] Expects to open another Nairobi branch and but into a bank in Uganda to go with the one it invested into in Tanzania. Assets up 17% deposits 35% loans 16% and income up 31% and despite increase expansion costs remains on track to achieve a profit this year.

21 Fina [6.15 billion] One of the banks that has championed SME financing and also has an extensive operation in Rwanda. Assets unchanged from a year ago while loans up 17% profits will be 41% higher, but NPA also up 59%.

22 Habib AG Zurich [5.07 billion] Asset up 9%, loans 16% and income up 11% at this bank which invests primarily in government securities.

26 K-Rep [4.52 billion] One of the banks that pioneered the micro-finance sector now finds itself being crowded out by new entrants advertising all manner of SME packages. It will administer an ADB guaranteed line of credit for women entrepreneurs (along with CFC and CBA). Assets up 31,% deposits 59& and income up 50% proving that micro finance is low risk niche with only 4% NPA’s even as loans by K-Rep increased by 40%.

29 Victoria [4.19 billion] Assets and deposits up 8% and the bank has reduced its NPA’s by 49% and now has the lowest NPA in the country at 1% with 1 billion shilling in the bank.

30 Charterhouse [3.94 billion] The bank was placed under statutory management following money laundering and tax evasion allegations and has fought back through the courts and the press (& with some questionable tactics). Even as depositors are locked out, assets up 19% but profits down 33% and the CBK manager increased investments in government securities – up by 332% (as directed by the law)

33 Consolidated [3.45 billion] Assets up 29%, deposits & loans up 33% and despite high NPA it may achieve a profit in 2006. The Deposit protection fund is expected to sell its 50% stake in the bank, but without a profitable track record it will remain private.

36 Habib Bank [3.02 billion] Assets, deposit, and loans, all up 4% this year at Habib which is rumored to consolidate with sister bank in 2007. Has the highest ratio of investment in government securities.

41 Oriental (formerly Delphis) [1.37 billion] Losses continue to eat into assets. Growth in income finally faster than growth in expenses but not enough to reverse wipe out of gains in the 1st half of the year as the bank moves further away from profitability and drops behind Paramount in size.

42 Dubai [1.22 billion] One of the first banks to recognize the potential of having a branch in the Eastleigh area now finds itself fighting with new entrants (giants Barclays and KCB) invading the area. Assets up 5%, loans up 12%, deposits up 15%, but NPA up 130% from a year ago.

Other institutions
Would be ranked 27 – Family Finance [4.47 billion in assets] Almost as fast growing as Equity with a similarly ambitious expansion plan, but was not able to become a bank since their planned conversion was put on hold by Central Bank. A share capital share of 390 million is more than other existing banks, but new banks are expected to be stronger and so the society went for a controversial private placement which was under-subscribed in November 2006. Assets and profits are up 40% from a year ago while deposits are up 50%.