Kenya’s smallest bank will wind up banking operations in a deal that transfers most of its business to Kenya’s second-largest bank, by market share.

A notice by Spire Bank states that all its depositors, except its main shareholder, will become customers of Equity Bank Kenya. Spire had 20,000 depositors, with about 3,700 loan customers and an equivalent of Kshs 1.32 billion of deposits will be transferred to Equity along with loans worth Kshs 945 million.

Equity term the transaction as “immaterial” to their group financial statements as it only adds 0.25% to their deposits now at Kshs 522.7 billion, but which will ensure that Spire customers enjoy uninterrupted banking services. Spire will pay Equity a cash amount, estimated at Kshs 468 million, to bridge the difference in the loans and the deposits transferred.

As per the agreement, Spire will cease offering bank services and deal with its creditors and staff. Spire’s parent, the Mwalimu National Sacco, has over Kshs 60 billion in assets but will walk away from the ill-advised venture into banking – that never made a profit from when it was acquired as Equatorial Commercial Bank – confident that the exit decision is in the best interests of its customers and stakeholders.

It also proposed that people should be able to obtain their first clearance credit certificates at no charge, a move to benefit youth and graduates seeking employment. Other measures were that the minimum amount for which one can be reported is Kshs 1,000 (~$10) and savings & credit societies (SACCO’s) are now included as authorized subscribes of credit reference data.

As part of the Government’s response to Coronavirus, the CBK also suspended new listings to credit reference bureaus for loans that become delinquent between April 1 and September 30 to shield borrowers at a time when incomes and economies are disrupted.

In addition, Kenya’s Parliament will soon debate new clauses of credit reference regulations that include:

Kenya’s third-largest bank group Co-operative (Co-Op), which is listed on the Nairobi Securities Exchange, has entered discussions to acquire 100% of Jamii Bora bank.

Jamii Bora’s assets have been on the decline and it is ranked number 36 by asset size with about Kshs 5 billion of deposits and Kshs 8 billion of loans at last reporting. Three years ago it was to raise $12 million from Equator Capital Partners and Progression Capital Africa, and early last year Jamii Bora was linked to being acquired by CBA, but that appears to have been shelved after CBA merged with NIC.

It is owned by Asterisk Holdings, Equator Capital Partners, Jamii Bora Scandinavia, Catalyst JBB Holdings, Nordic Micro Cap Investments (PUBL-AB), has 650 other shareholders and the CEO owns 1% as the largest individual shareholder of the bank.

Jamii Bora had made a few unfortunate forays in the corporate space, and became the largest shareholder of a restructured Uchumi, with about 15% ownership. It also got swept into the Kenya Airways debt for equity swap.

Jamii Bora has about 350,000 customers and with 17 branches. It has a strategic niche with micro, small, and medium enterprises offering LPO financing, lease finance and trade finance services as well as training and meeting space to business owners at its headquarters in Kilimani.

EDIT Aug 7: The Central Bank of Kenya approved the takeover of 90% of the capital of Jamii Bora Bank by Co-operative Bank of Kenya, effective August 21, 2020.

EDIT Aug 25: Co-operative Bank announced the completion of its takeover of Jamii Bora which will now operate as Kingdom Bank. The Kshs 1 billion deal approved by the CMA and Competition Authority involved the transfer of 224.1 million Class A shares of Co-Op Bank to acquire 90% of Jamii. 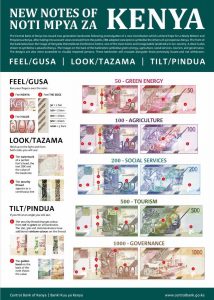