The boards of NIC and CBA banks confirmed their plans to go ahead with a merger to create the largest bank in Africa by customer numbers. Serving over 40 million customers in 5 countries, the combined entity will have Kshs 444 billion in assets (~ $4.4 billion).

Going forward they aim to obtain shareholder approval in Q1, obtain regulatory approval in Q2 and have the new entity commence operations in Q3 of 2019. Currently, NIC has 26,000 shareholders and is listed on the Nairobi Securities Exchange (NSE) while CBA has 34 shareholders (20 individual, 14 corporations) including Enke Investments (24.91%), Ropat Nominees (22.50%), Livingstone Registrars (19.90%) and  Yana Investments (11.14%). The merger will be effected through share swaps that will result in NIC shareholders owning 47% and CBA shareholders 53% of the new entity whose shares will remain listed on the NSE.

MCB in Kenya:  Leading Mauritius Lender MCB Group has officially opened its representative office in Nairobi. The largest and oldest bank in Mauritius, with $12 billion in assets and a presence in nine countries, it had been licensed in Kenya back in 2015 and it will bank on its new office to gauge opportunities in the Kenyan market and build strategic relationships.

The 19th largest bank in Africa by assets, it is listed in Mauritius and has 19,000 shareholders. It has a strategic objective of growing its international footprint and expanding non-bank activities. It has 1 million customers, 3,500 employees and 55 branches but, as it was communicated at the launch, they have no intention of opening branches in Kenya or East Africa.

Ethiopia Bank summary: Asoko Insight gave a summary report of the Ethiopian banking sector, parts of which are only available to subscribers. While some foreign investment is expected in Ethiopia, the banking sector is already privatized with fifteen of the country’s eighteen banks all having private local owners. The state-owned Commercial Bank of Ethiopia is the largest bank in the East Africa region with 1,280 branches and earns 67% of the sector profits in the country.  It has revenue of $1.3 billion, while 11 (other) banks, have revenues of between $50 million and $500 million, suggesting a more concentrated market in terms of size.

Tanzania:  NMB bank has waived several bank charges for their customers from February 1 including account opening, monthly maintenance, transaction fees, dormant account reactivation, and internal transfers – all in a bid to promote financial inclusion in the country.

The Court accepted the agreement, convicted and gave the sentence of the sh 64.5 million, sh 24.5 million of which will be restituted back to NYS. Failure to honor the plea barging agreement will result in attachment of Family Bank properties.

* 3 CBA/NIC – combined assets of Kshs 425 billion (as at September 2018) – if an announced merger deal is approved and completed. CBA and NIC are ranked 9 and 10 by assets, and will leap-frog Cooperative Bank, Barclays Kenya, Diamond Trust, Standard Chartered Kenya, Stanbic and Investment & Mortgages (I&M) banks.

Other new and interesting bank changes this year;

12.  State-owned National Bank is in search of a shareholder deal to boost capital.

15.  SBM Kenya. The State Bank of Mauritius completed a carve-out and rebranding of assets, staff, branches and customers of Chase Bank in August. For the third quarter of 2018, it reported assets of Kshs 75.5 billion up from 11.7 billion in January 2018. It now has customer loans of Kshs 12.4 billion, customer deposits of Kshs 53.6 billion, and government securities of Kshs 34.8 billion. SBM entered Kenya two years ago by taking over Fidelity Bank that had assets of Kshs 15 billion in 2015 for just $1. KCB also is expected to conclude a takeover deal for collapsed Imperial Bank in 2019.

39. Mayfair Bank was licensed to operate in June 2017 and began operations later in August. Mayfair now has Kshs 5.3 billion in assets and operates three branches in Nairobi and Mombasa.

41 Dubai Islamic Bank – Kenya (DIB Kenya) with Kshs 4.1 billion in assets was licensed in April 2017. It, is the third Shariah-only bank in Kenya, after Gulf African (No. 23 with Kshs 32 billion of assets) and First Community (No. 31 with Kshs 16 billion assets). DIB Kenya is a fully-owned subsidiary of Dubai Islamic Bank which is one of the largest Islamic banks in the world. 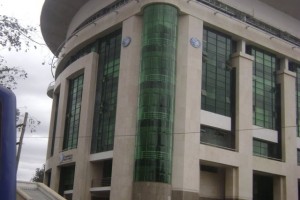