Reading a version of a report (August 2017) on the telecommunication competition market study in Kenya by  Analysys Mason (AM) of London for the Communications Authority of Kenya presents some startling observations and unwieldy regulatory recommendations.

They regulatory target is the telco – Safaricom, which is the market leader in Kenya’s telecommunications and mobile money space. The reports documents areas where Safaricom is dominant as well as other telco spaces and areas where other companies like Telkom Kenya, Airtel, Wananchi, Equitel (from Equity Bank) and Multichoice (who were beyond the scope of the study) also dominate.

The AM report looks at the current state of the telecommunications sectors, but it ignores the reality of how it got to be where it is – the history of telecommunications in Kenya, strategic-decision-making, investment & management decisions, price wars, new technologies like mobile money and fibre cables etc.

Other studies have been done on the telco sector in Kenya by different agencies. In 2012 Citi did a report on Bharti Airtel (after Bharti-Airtel bought out Zain Africa in 15 countries for $10.7 billion in 2010) and at the time; It noted:

Safaricom is by far the largest operator, with a 65% market share. Bharti is a distant second with a 15% share. Safaricom’s dominance has come down from a  peak of ~80% a couple of years back as the smaller operators have become more aggressive.. while they both launched in 2000, Kencell (now Bharti) focused on the quality of network and high ARPU customers, Safaricom focused on the mass market. Also innovations like per-second billing, which Bharti took some time to introduce and M-PESA also helped  (Safaricom) cement its dominant market position and Safaricom’s stable management in contrast to Zain’s frequent management (1. Kencell 2. Celtel 3. Zain 4. Bharti) changes also helped it compete more effectively.

Kenya has other dominant players such as EABL (alcohol), BAT (cigarettes), Kengen (energy production) and Brookside (milk), but the Communications Authority (CA) is the only agency that can declare if there is a dominant telco market player.

In the past, the CA  has pushed some changes to level the telco field such as rolling out number-portability, the ending of mobile money agent exclusivity, and the upcoming rollout of mobile money interoperability.

But some AM report proposals are regressive such as at least five days before launching a new tariff, loyalty scheme or promotion, Safaricom should provide a justification that the proposals can be replicated by a reasonably efficient operator – AM or that Safaricom may not offer loyalty bonuses or promotions for which the qualification criteria require different levels of expenditure or usage by different subscribers in the same category – AM
The range and messaging of different Safaricom promotions like Tunukiwa, Bonga, Flex and now Platinum, is sometimes confusing but they should not be restricted from competing and innovating. Already, another investor report by Citi has already expressed concern about the impact on telcos of some of the regulatory recommendations in the AM report including that they may have effects that will be unclear, they do not foster innovation, and they may result in high prices.

The AM report notes that there is some concern among investors in that, as Safaricom has maintained a high share of the market for many years and that recently Essar/Yu exited Kenya (2014), Orange sold out (to Helios who re-branded as Telkom-Kenya) and Bharti indicated that they may  also consider leaving Kenya, and perhaps other countries in Africa.

While appeasing investors is good, they have to contend with Safaricom and its impact on a telco regulator with targets, and to the Kenya government country as a significant taxpayer (Safaricom’s 2017 annual report cites payment of Kshs 84.3 billion in taxes and fees to the government, in addition to 35% of Kshs 57 billion dividends that was paid to shareholders)

No one knows what the telco sector will look like in the next decade, but the consumers, not regulatory muscle, should be the decider.

Last week, Kenya’s opposition movement, the National Super Alliance (NASA), who boycotted the repeat presidential election held on October 26, announced an “economic liberation programme” and called on their followers to boycott the products of three companies Bidco, Brookside, and Safaricom.

Brookside Dairies is associated with the family of President Uhuru Kenyatta. The company was started in 1993 and Brookside has grown to control about  44% of the processed milk market in the country, ahead of New KCC and Githunguri Dairies. 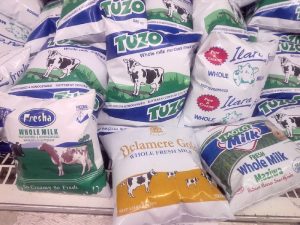 Brookside has acquired several dairy companies and still sells milk under their original brands including Tuzo, Molo Milk, Ilara and Delamere.  While the NASA statement mentions that when Jubilee took over milk farmers were getting Kshs 35 per litre while consumers paid Kshs 72 per litre, and that today farmers still get Kshs 35 while consumers pay 120 per litre, the economics of milk prices is a complex one, not attributed to the processor alone. Brookside collects milk from over 160,000 farmers every day.

Safari com: MP’s from the NASA side have  accused Safaricom, arguably Kenya’s most successful company, and some of its employees who they publicly named, of enabling  incorrect election results to be transmitted during the August 8 elections, something which the company has denied and also expressed concern that their employees had been needlessly endangered as they did their jobs and the company merely fulfilled a contract to support the 2017 Kenya general election.

NASA MP’s have gone ahead to public switch from using Safaricom to rival Airtel, even as Safaricom dealers warned of dire effects for their employees and communities.

Safaricom has 6 of its 45 shops in the Western/ Nyanza Region which is the bedrock of NASA support. Whether this is a turning  point for Airtel in Kenya as a company which has branded as Kencel, Celtel, and Zain and which has steadily lost ground and value to Safaricom over the years, remains to be seen.

But members of parliament from ODM (the main party in NASA)  have in the past voiced critical comments about some of their issues with Safaricom from even before the 2017 election –  especially during debate on the gambling and sport betting bills in the last parliament, earlier this year.

Gumbo: Safaricom supports social media which is a forest of mediocrity #BungeLiveKE

Here are some comments by Nicholas Gumbo, the then-Member of Parliament for Rarieda and Chairman of the Public Accounts Committee in the National Assembly.

Then-Member of Parliament for Gem and Deputy Minority Leader, Jakoyo Midiwo threatened on more than one occasion to introduce legislation to break Safaricom.

Midiwo: The sports betting companies are controlled by Safaricom, which we must next break into three companies #BungeLiveKE

Bidco: The edible oils company is probably the most vulnerable of the three brands, and was likely targeted because its group chairman Vimal Shah, is the chairman of MKenya Daima an offshoot of the Kenya Private Sector Alliance (KEPSA), of which he’s a past Chairman, and which has throughout the election season been championing for respect of the election outcomes, grievances to be addressed in the constitutional ways (through the courts), for politicians to be careful about their public utterances and for normal business life to resume. KEPSA recently released a statement that read:

This is why we have consistently called Kenyans’ attention to the disastrous economic consequences of the present uncertainty which affects all Kenyans. The Private Sector having reviewed the loss and has estimated it to be about 10 per cent of the GDP equivalent to Kshs 700 Billion

Earlier this year, Bidco announced plans to become a billion dollar turnover (Kshs 103 billion) company by 2021 (their current turnover is Kshs 25 billion) by diversifying into the production of fruit juice, soft drinks, and cereal products.

We had earlier said to boycott Bidco, Brookside, Safaricom, Haco and others. We now withdraw that directive. We forgive them and our people can now do business with them – @RailaOdinga Labour Day speech https://t.co/umZJg7ryLL

You can stop bragging or flashing your gold credit card now as you settle the bill at your favourite restaurant. Looking at this card comparison chart from Visa, it is now clear that having a gold card is getting lower in the hierarchy of cards to aim for after Infinite, Platinum and then Gold, that’s just above a Classic card . This was made clear when NIC launched platinum cards some months ago and the extensive benefits of the new card 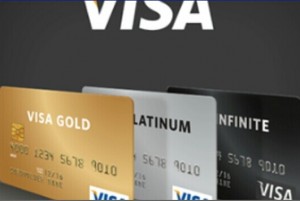 were listed..including some that were previously attached to gold.

The big change is airport lounge access which Priority Pass attach to Platinum cards, but not to gold cards – and it seems gold cards no longer entitle owners to use airport lounges e.g. at Nairobi or Kigali, but ‏reader, @smandavia says gold is still good at Mombasa airport.

Still it could also be following a global trend where the best that airports have to offer are reserved for passengers flying on first or business class, and those with enough accumulated miles  – regardless of what credit card they have. Curiously, Airtel  Africa premier customers also get access to airport lounges with Priority Pass.