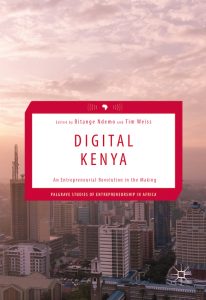 Whether it will be EASSy or TEAMS, the urgent need for East Africa to have a submarine cable will become apparent within a few years.

The 2006 merger of Intelsat and PanAmSat, creating the worlds’ largest satellite provider, will have profound implications for Africa which is estimated to be 80% dependent on satellite communications. Higher costs can be expected from the giant company once existing agreements expire and ISP’s will have no choice but to pass these own to consumers.

The government of Kenya broke away from other African countries (in EASSy) and has committed to the TEAMS project, budgeted at $100 million. It committed to pay $15 million this financial year and has contracted Standard Chartered bank to raise additional funding from ICT operators in the private sector.