While there have been several discussions about maize and other food imports to Kenya such as where the maize came from, who is selling it, and at what price, more is on the way to deal with a national disaster situation, partly attributed to delayed rains and prolonged drought. 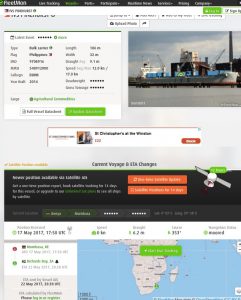 • The white maize shall not be genetically modified in accordance with the standards applicable in the European Union; i.e it shall not be genetically modified (GMO) maize.
• It shall have a moisture content not exceeding 14.5%;
• Its aflatoxin levels shall not exceed 10 parts per million;
• It shall be accompanied by a certificate of conformity issued by a company appointed by the Kenya Bureau of Standards; and
• It shall have been imported on or before the 31st July, 2017.
• Any person may import dates during the month of Ramadhan.