The fifth cycle of beneficiaries of the Tony Elumelu Foundation (TEF) entrepreneurs program was unveiled on Friday, March 22 in Abuja, Nigeria.

This year 216,000 applied to join (up from 151,000 in 2018), with 90,000 being women during the window that opened on January 1. After an extensive shortlisting process, 3,050 entrepreneurs, from 54 African countries, were selected to receive $5,000 capital for their business ventures, 12 weeks of tailored training, and the opportunity to attend the annual TEF Forum in July 2019.

Over the years, more strategic partners have come forward to assist the Tony Elumelu Foundation to expand the impact of their ten-year $100 million program that aims to empower 10,000 entrepreneurs and create 1 million jobs and in 2019, partners are providing funding support for 2,500 entrepreneurs.

The African Development Bank (AfDB) is sponsoring 1,000 entrepreneurs (a commitment worth $5 million) and matching the support of the Tony Elumelu Foundation this year. Also, the United National Development Program (UNDP) is sponsoring 754 from 45 countries, while the International Committee of the Red Cross (ICRC) is sponsoring 180 entrepreneurs from conflict-hit countries. Others are Seme City (from the Federal Republic of Benin), the US Consulate in Lagos (sponsoring 20), the Anambra State Government, Indorama, and the Government of Botswana (sponsoring 20).

Present at the unveiling, that was livestreamed around the world, was Aisha Buhari, the First Lady of Nigeria, and Tony Elumelu, who founded the Program. Others were the Foundation CEO Ifeyinwa Ugochukwu, her predecessor Parminder Vir, TEF partner representatives, and the media.

Also at the event, a team of evaluators from Accenture explained the selection and short-list process they had done since the application deadline of March 1 2019. They also provided a breakdown of applications by country, gender, business stage, and business industry, with the highest number of applicants for 2019 engaged in agriculture, ICT and education sectors. They also highlighted trends in the program over the years including the overall increase in the number of female applicants.

Female entrepreneurs on the rise!

In countries like Sierra Leone and Seychelles, the percentage of female entrepreneurs that have been selected for the programme is higher than the males. Remarkably, all successful applicants from Seychelles are female. #TEF2019 #TEFSelection pic.twitter.com/jsqiaoHkhe

All the applicants are now part of TEF Connect, which, with over 600,000 members, is the largest social network of African entrepreneurs. On the Connect platform, they can chat with fellow business owners in different African countries, access mentors, learning materials and network and share business ideas.

Update for 2020: The TEF Entrepreneurship Programme Cycle which opened on January 1 will feature new changes that are vastly different from previous years. This year applicants will now receive instant feedback on their application and if they can proceed to the next stage to receive business training.

They will then be notified on if they can proceed to the mentorship stage and in June 2020, there will be pitching sessions to determine who the final beneficiaries of the $5,000 seed capital will be. 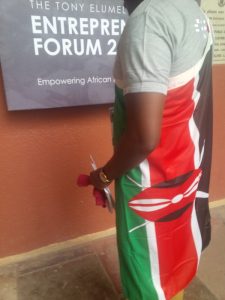 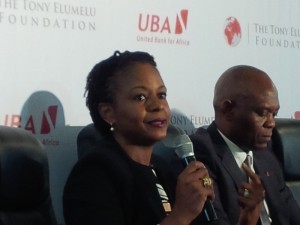 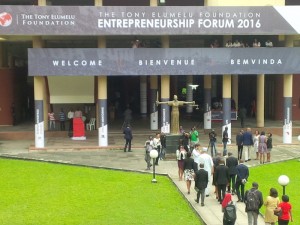