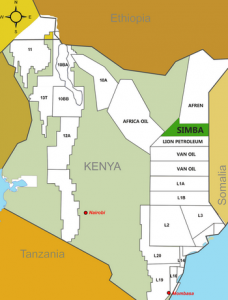 Excerpts from the Memoirs of a Kenyan Spymaster, a unique autobiography by Bart Joseph Kibati who worked in national intelligence for over two decades, where his job was to, with others in the business, identify and analyze threats and advise the government. It is a revealing look at many sectors of his life (he got married the same day that Tom Mboya was shot), Kenya’s transformation in the independence era, the business environment, and the state of security in East Africa and international relations, while serving in two administrations during  which he interacted with Presidents’ Kenyatta and Moi.

Human Resources  & Working in the Government:

Some revelations in Spymaster are shocking, but many of the stories have been cited elsewhere with different interpretations, and many of the people named have passed on, or circumstances have changed. Also another story elsewhere, quotes Lee Njiru a long time civil servant who says that: (the) Official Secrets Act binds civil servants to keep secrets for 30 years and the period had elapsed and he was now free to share what he knows.

Also read The Birth of an Airline by Owaahh, which narrates from the Spymaster book, about the break-up of East African Airways and the birth of Kenya Airways.

Tullow Oil have just released their Kenya Report on their oil exploration efforts and local impact in the last year with special emphasis on the Turkana area.

And earlier, Base Resources who are a signatory to the Extractive Industries Transparency Initiative had also released their EITI impact report.In the last year, by their measure, Tullow Oil and Base Resources have paid the Kenya government $22 million and $16 million respectively in direct payments, and with more indirect benefits.

Oil and mining are industries that are complex and expensive to set up, but which don’t generate a lot of direct jobs – some of their numbers include: