The annual Christmas tourism expo (Getaway ’09 fair) fair was held at Sarit center last weekend. About 75 exhibitors were offering holiday packages for Christmas and the New Year in addition to 2010 rates. Christmas and Easter are the most expensive holiday months in Kenya with rates for 23rd December to 5th January and then in the first week of April 2010 sometimes more than double the low season rates that apply for other weeks over the year –

Some of the notable ones

Island hideaways: Kenya is not known for its islands, but there are some exclusive destinations e.g. in Lake Victoria, Lamu and South Coast that hardly advertise locally. But present were Samatian Island Lodge and Roberts Camp both on lake Baringo, and Crater Lake in Naivasha from the Merica Group . For wildlife in Naivasha area, there is Malewa wildlife lodge and Kigio wildlife camp (both on private ranches managed by Kigio)

Chain Groups (i) Tourism giant Serena, which has made a lot of mileage thanks to Kofi Annan being their frequent guest, has 6,500 (~$87) p.p. full board, up to 22 December at either Mara, Sweetwater’s (mt. Kenya), Amboseli, Samburu, kilaguni (Tsavo) and mountain lodges which jump to 16,000 for last week of the year (Christmas week) 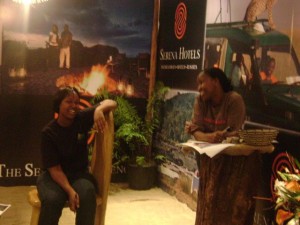 Voi Wildlife Lodge have three resorts located around Tsavo parks in Voi including the manyatta camp along voi river that has 24 en-suite luxury tents each with a private swimming pool. Special rate is 6,550 p.p (~$87) sharing.

Kenya Coast: All inclusive coastal resorts include Travellers Beach and Turtle Bay (which has numerous children activities, free water sports – windsurf, snorkeling, diving in Marine Park) , while Mombasa Continental has 8,500 half board all year round (no low or high season) and 2 night flying packages form Nairobi at a cost of 28,800 (~$385)

For the South Coast: it’s time to take an interest in south coast again because (i) several airlines now fly directly to ukunda airport) and (ii) there’s a new road being built from the Nairobi-Mombasa highway direct to kwale are – both of these mean that travelers to south coast can bypass Mombasa island traffic and the likoni ferry crossing, which can add considerable time to a journey 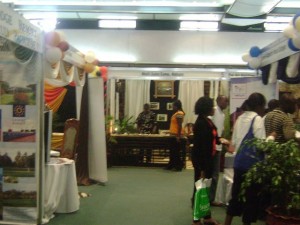 Church owned resorts churches now offer conference venues at destinations resorts; these include PCEA church who have Milele Beach at Mombasa and Jumuia Resorts (of the national council of churches of Kenya – with hotels in Kisumu, Nakuru, Limuru and Kikambala (north coast) that have low rates e.g. half board is 4,950 (~$67) per night at Kikambala, but no booze allowed. 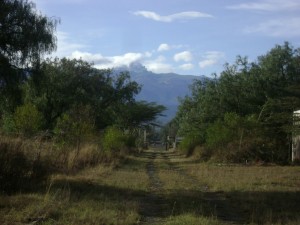 TPSEA aka Serena Hotels held their first ever (public) AGM, as the company was listed after the last AGM was held.

The company with with 15 properties (11 owned, 4 managed) is enjoying the ongoing tourist boom. (Sarova should hurry up and take advantage with an IPO while the sector is doing well). 64% of income is earned in Kenya, with improved returns from Tanzania and other properties recorded. But, though Kenya recorded an increase in tourists visiting, a significant number were conference tourists – whose and gains are only felt by Nairobi (not coast or safari) hotels

In a keynote speech, the MD mentioned that they have maintained profitability despite the appreciating shilling, noting that a weakening or the SA rand had provided significant benefits to the south African tourism sector.

He also mentioned that the expansion into the region would cushion the company from company specific risk. Through managing properties (they don’t own) in Rwanda and Uganda, they were able to increase awareness of the Serena brand at lower cost – and once those hotels are established and profitable then the group may bid for equity in them.

Future growth plans include Lake Nakuru, Laikipia, and southern Tanzania. The company has also invested in an energy efficiency program that will be completed this year.

The MD called on government to improve on infrastructure (roads) and security while he at the same time lamented that the environmental authorities (NEMA) had approved some lodge expansions that could harm environment and ecosystem.

Shareholders asked:
why company has high retained earnings & low dividend and, increased property investment costs: MD response was that tourism is a high risk business and it is important to keep reinvesting in hotels to maintain premier status and visitor preference. He noted that Kenya used to have four major hotel chains – and that block hotel and AT&H went out of business because they did not make such crucial investments to keep up. Serena must continually refurbish facilities, and must have ready cash since a lot of opportunities come up at short notice. Still, they were able to contain other costs (only 1% increase from the year before)
Serena a market leader? hotels in Nairobi do share information and this confirms Serena’s leadership in terms of (revenue per available room), while coast and safari circuit hotel statistics are not easily available – but going by the packages that tour operators put together confirm that Serena properties are marketed as premier packages
corporate social responsibility can shareholders recommend CSR projects to the company? Management said yes as long as projects are in areas where the company has properties. Shareholders can also get discount rates if they book through the Serena offices.

goodies: bonus share, dividend, and a lunch box (with roast beef slice, bottled water, apple & banana, yogurt, boiled egg, cake). I noticed some other shareholders boxes had juice & hamburger as opposed to my water & roast) and I gave my offered my boiled egg (can’t eat that) to a lady seated neat to me, who surprised me by giving me her yogurt – fair trade?

See: another past Serena AGM report.

CMA reforms planned
The Capital Markets Authority has commissioned a consultancy to modernize & improve its operations by strengthening its legal and regulatory framework. Part 1 of the study will have the consultants evaluate the capital markets and central depositories acts, look at secondary market malpractices & sanctions, cross border listings & trading, methods of dispute resolution among others. In Part II, the consultants will come up with revised regulations that, based on the weaknesses identified in part 1, ensure that Kenya investor laws & regulations adhere to international best practices. This is part of the FLSTAP reform program of the Ministry of Finance and consulting firms can apply by June 13.