The Book Bunk has released a report on Nairobi libraries with a digital map of the ones that are accessible to the public.  The report cites an International Federation of Library Associations and Institutions (IFLA) estimate that there are 49,172 libraries in Kenya accounting for about 44% of the libraries in Africa. For their report, BooK Bunk had identified 1,323 libraries in Kenya, with 855 being in Nairobi.

The research zoned Nairobi as being either Northern, Eastlands, (downtown (CBD), Westlands and Southern regions. Most libraries are in Westlands with 359, followed by the CBD with 182, then Southern Nairobi and Eastlands (where Book Bunk is based at Makadara) each with about 120 libraries, while Northern Nairobi has 77. The Book Bunk Trust has restored three of the libraries; the McMillan Memorial Library in downtown Nairobi and two of its branches at Kaloleni and Makadara in the eastern part of the city.

Nairobi Libraries were categorized as being public libraries, school libraries and private libraries. Those that are public are 149, private are 389, and school libraries are 317. Of the public ones, they identified 191, of which 149 are operational and accessible to the public.

Some of the familiar public ones are the KNLS Head Office, the McMillan Memorial Library, the British Institute in East Africa, the Kenya Bureau of Statistics Library, and the Kenya National Archives.

Must-visit ones on the list are the Supreme Court, the Nairobi Arboretum, the Ministry of Defence Library, the Railway Museum, the National Treasury, and the Capital Market Authority Library. Also notable are the Japan Information & Culture Centre and SHOFCO Community Centre, and did you know there’s a Bob Collymore Safaricom Community Library?

Other surprises include that hospitals have libraries (Kenyatta, Mathare Mental, Nairobi South and Nairobi West are listed), Kenya Power has 3 in Nairobi, but also Kilimani Police Station has a library!

They are now taking the research nationwide on libraries as they visit around the country to build their database and will disseminate findings through podcasts.

The Financial Times staged their best business book awards for 2020 today, and in the 16th year of the series, the event was held virtually. The nominated books were about a diverse rangeof subjects including capitalism, Instagram, Netflix, Oil & Saudi Arabia, decision-making, inequality, futurism, empowering women, automation, data-mining, and market crashes.

For 2020, the award went to “No Filter: The inside story of how Instagram transformed business, celebrity and our culture” by Sarah Frier.

Interviewed after the award decision, Frier said after years of reporting about social media companies, she realized that their products were becoming the infrastructure of society so it was important not to look at them as just business stories. She wins $30,000 and the runner-ups will get $10,000.

No Filter finished ahead of Death of Despair by Anne Case & Angus Deaton, Reimagining Capitalism by Rebecca Henderson, If Then (How the Simulmatics Corp. Invented the Future), by Jill Lepore, A World Without Work by Daniel Susskind and No Rules Rules (Netflix) by Reed Hastings & Erin Meyer.

Also awarded was the Bracken Bower Prize for next generation of authors, with the $15,000 prize going to a book proposal called New Money by Stephen Boyle.

It’s been a few years since I wrote this post to celebrate the concept of Book Villa which was a combination of library and a book shop. But while it’s sad that the Book Villa has recently gone out of business, that does not mean that are less reading books to be found in Nairobi.

5. There are book torrents.. 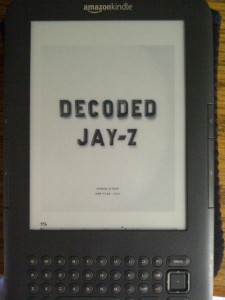 4. There are Kindles and other book readers, tablets, and software platforms that bring new or obscure books within easy reach for those who have e-reader devices and credit cards. 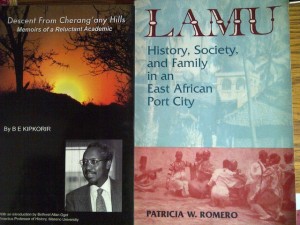 2. The above bookshops carry many local books, but not all as there are many more rare biographies and history books in university libraries or sitting in publishers vaults. Sadly for many researchers, some new books published locally don’t contain indexes & references.

1. There are also local street vendors and book shops who collect and sell old & used books at very low prices. But searching for a specific book is not easy, and it takes many hours or days to visit all the shops. For a real treat, books vendors in India are a better experience, as a pal easily found this rare book that I had been scouring for many years. 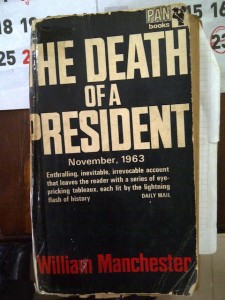 A review of the book without having read the book. Note that I generally don’t like to read reviews’. If I want to watch a movie or read a new fiction book, I won’t read any reviews of it till after I watch it; this is because reviews tend to contain too many spoilers and plot giveaways.

During the May Day holiday weekend, I finally finished reading It’s Our Turn to Eat – the bootleg version, one which the author warned was not the real copy. It’s a fairly comprehensive e-mail; I’d wager its close enough to the real thing that and that over 90% of the blog readers here have read the PDF (real or faux) – and please don’t ask me for a copy.

The introduction of the book to Kenya, a biography of former anti-corruption Tsar John Githongo (written by Michela Wrong), had three background factors

The author Michela Wrong and her publishing house realized that there was a leaked version circulating and:

Having only read the faux copy, I can only comment on what’s in it. I have no doubt it comes close to the real thing. I still intend to get a copy of the real book – either buying one from a friend, or having one delivered from abroad – good enough that I want to read the book – and not the E-Copy but the actual book; having a book still convey paper books have functionality, and durability that e-books don’t – I can read the book anywhere (matatu, bank queue, at lunch). Demand for the book is making me want to break a vow and obtain a credit card perhaps to buy it from Amazon (UK) or the publisher.

Michael Wrong’s last book I read was In the Footstep of Mr. Kurtz, about Mobutu Sese Seko and his years as President of Zaire (a.k.a the Democratic Republic of Congo.) It’s the definitive book for anyone new to the Congo or wishing to understand the Congo’s post-independence history, economy, diversity, people, problems etc. Likewise the Githongo book – focused on high-level government corruption, raw tribal political leadership, ease of corruption, political interference/weakness of judiciary – will be the definitive book of the Kibaki era (Kenya 2002 to the present) and until other government personalities commission their own biographies, this will be the way that the recent political history of Kenya will be understood. It would be nice to read about Michael Waweru on tax collection strategies, Peter Kenneth and the use of Constituency Development Funds, Esther Koimett at the Privatization process, and Kilemi Mwiria on free primary education etc.

Other local reviews of the book.