What if the salesperson, at a company you want to buy from, tells you not to buy their  products and you still go ahead to, because of nostalgia and history? 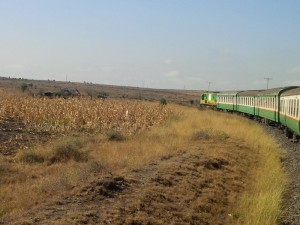 What if, despite being routinely behind schedule, the staff go out of their way to ensure that you’re comfortable? What if despite being inconvenienced by half a day, you still consider it worthwhile? And after all this, and understanding all the circumstances they are in, would you still recommend the service to your friends?
That’s the situation with the passenger train between Nairobi and Mombasa. Many people used to take the Kenya Railways train to Mombasa and for school trips elsewhere. But not many do these days, and many more are not aware that the passenger train still runs to and from Mombasa. 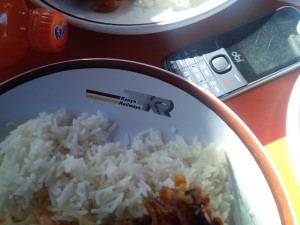 This we did, and there was still no train at the station, just the night managers who said this does happen a lot. There were other passengers waiting, and it was clear that they would take the train no matter what time it came, as it was their only transport from Nairobi to whatever town they were heading on the route. The station master said that when the train came, it would take more than an hour to clean and ‘fill the water’ before the return journey.

We left a phone number with the station master and went back home and kept calling every half hour back to check if the train had come. It did come in at about 3 a.m. and we went back to the station. At about 4 a.m. the train pulled up from the yards, and after showing our receipts, we were issued with boarding cards for the first class cabins. A first-class ticketis   Kshs 4,505 ($45) for adults and 2,795 ($28)  for children for full board travel which is dinner, breakfast,  and beddings in the cabin for each person. 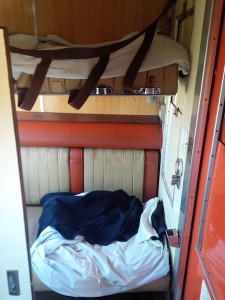 1st class cabin with upper and lower beds made

Dinner was served at 5 a.m., and shortly afterward, the train departed Nairobi for what turned out to be an interesting and very long day trip. When we got back to the rooms, the beds had been made up by the train staff and we went to sleep for a few hours, till the bell rang again to announce breakfast was served. This was at about 10 a.m. and it was back to the dining car that seats about 40, in tables of 4.

The train made many stops in places such as Konza, Sultan Hamud, Makindu, and Ulu, and it got to Mtito Andei which is the mid-point of the journey at about 2 P.M. At these small -town stations, passengers in the third class cabins would get on or off the train with their luggage.

That should have been it for meals, but at about 5 p.m. the crew again to summoned first class passengers for an unexpected late lunch meal. After that, it was back to either watching the afternoon views or taking another sleep break in the cabins

The delayed train afforded some unusual daytime views not seen on past trips. Two particular new sights were views of the SGR, the new China-built standard gauge railway which for many kilometers, runs parallel to the old railway. Also after Mtito Andei, and once the train was passing the Tsavo Park, there were also sightings of wildlife including several giraffes and elephant herds in the evening.

The train is able to attain a decent speed of almost 60 kilometers per hour when the railway is straight and there are no slopes to navigate or stops to make.

But cargo is clearly the priority for the Rift Valley Railways consortium who run the railway (it is said that 99% of their revenue is from cargo, with just 1% from the passenger trains) – and on at least three occasions, our passenger train had to stop for 10-30 minutes at a station, to wait for a heavy cargo train to pass on the way to Nairobi. The trains had wagons go goods or fuel for Uganda, or wagons for the Magadi soda ash factory.

The train eventually got to Mombasa at  1 a.m., having left Nairobi at 5 a.m. the day before. Mombasa station seems to have lost or leased some space in its front yard to a private developer and there’s now a lorry sales lot where cars used to park.

The Africa AgriBusiness Challenge from Enactus Kenya and Syngenta seeks out youth to generate creative business ideas to improve the agricultural productivity of certain crop value chains. Deadline is June 10.

The Africa Prize for Engineering Innovation. Details here .. via @calestous.

@AfriCOG Investigative Journalism Fellowship Programme 2014. Deadline is 30 May.
Anthemis Fellowship seeks out entrepreneurs, executives and thought leaders who are passionate about building an improved financial services industry fit for the digital age. The Anthemis Fellowship program includes 4 months at the Anthemis London office, 4 months with one of their portfolio companies and 4 months with a major financial services firm. It also comes with a monthly stipend of EUR2000 and an invitation to attend the Anthemis #HackingFinance Retreat from July 10-13, 2014 in Meribel, France. Deadline is June 1.
@APO_Source has had a scholarship for an African journalist to to attend the 2014 annual meetings of the African Development Bank.

Etisalat Prize 2014 for African literature is now open with a top prize of £15,000 and a fellowship at the University of East Anglia, while winner and shortlisted writers also receive a sponsored two city tour promoting their books. Details here and the deadline is 8 August.

The Kenya StartUp Cup is open to all Kenyan youth entrepreneurs who can apply to win Kshs 1 million (~$11,500). Details from the @prepaid_africa blog and the deadline is May 20.

KenyaTop100 seeks successful companies with turnover of Kshs 70 million to Kshs 1 billion (~$12,000)  with 3 years audited accounts to compete and be among @kenyastop100

Kuona Trust has internship opportunities for students at their offices in Hurlingham, Nairobi.

The Kwani Trust 2014 fiction workshop seeks to develop new contemporary fiction writers between the ages of 18 and 24 and from outside of Nairobi. To apply, check the website, and send email to submissions_at_kwani.org by May 26.

Orange  has launched the 4th edition of the Orange African Social Venture Prize which will award prizes to four projects; three with grants of 10,000 EUR, 15,000 EUR and 25,000 EUR, and a new special prize of 10,000 EUR. It’s open to all entrepreneurs or legal entities that has been in existence for fewer than three years at the time of the competition and the deadline is 19 September.

Power Africa Off Grid Energy Challenge from @USADF and @GeneralElectric Africa offers up to $100,000 to 100% African owned and African managed firms that seek to power up under-served parts of rural Kenya. Deadline is June 20.

School of Data: Become a School of Data Fellow as they are currently broadening their efforts to spread data skills around the world, and are seeking people who are data savvy, understand the role of NGO’s, are interested or experienced in working with journalism and/or civil society, or enjoy community-building.  Deadline is 1 June.

The Stanford University Africa MBA Fellowship Program pays for tuition and associated fees (approximately US $145,000) for citizens of African countries with financial need who wish to obtain an MBA at Stanford GSB. Stanford will award up to eight Stanford Africa MBA Fellowships annually. Details here and the deadline is 13 June.

Swedish Institute Management Programme‏ The Swedish Institute is launching a new leadership programme for progressive leaders from Kenya,Tanzania, Rwanda, Ethiopia and Zambia – offering a combination of theory and practice in the area of responsible leadership and sustainable business.  Details here and the deadline is June 6.

Total Kenya Graduate Management Trainee Program. The company was is looking for young dynamic graduates.  Also sourced from @RookieKE blog but the deadline was 7 May
The Wall Street Journal @WSJ looking for entrepreneurial reporter to cover the most entrepreneurial of Africa beats–business, from Nairobi. Apply to @pwonacott
Submit your wikimedia proposals to be included at Wiki Indaba 2014 in Johannesburg. Details here and the deadline is 15 May.
The World Bank Young Professionals Program 2014 seeks highly qualified and motivated individuals skilled in areas relevant to the World Bank’s operations such as, economics, finance, education, public health, social sciences, engineering, urban planning, and natural resource management. Details here and the deadline is 30 June. 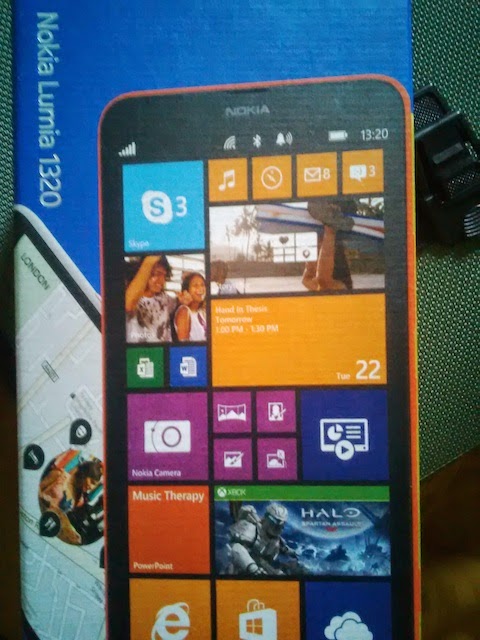 Win a Nokia Lumia 1320: There are very few comments on the blog here despite the number of daily readers, and many of the comments are from spammers promoting products from far off countries. To stimulate comments, I’m giving away a brand new Nokia Lumia 1320 phone (worth about $400/Kshs 35,000) to the person who engages the most on the site. The phone was an excellent, but unexpected, prize awarded to the winner of the best business blog at the recent 2014 Kenya Blog Awards ceremony. During the month of May, readers to the blog and it’s archives, can make as many comments as they want, and I’ll respond on some.
Rules
1. There are no rules about winning.
2. It’s about serious comments, not volume – and blog comments only, not tweets/tags
3. This is personal, and the promo has nothing to do with Nokia  or Nokia East Africa.
4. @Coldtusker is excluded 🙁
5. An announcement will be made on June 14, and there may not be a winner  if no one is deemed to be worthy.
Tweets by bankelele