It also proposed that people should be able to obtain their first clearance credit certificates at no charge, a move to benefit youth and graduates seeking employment. Other measures were that the minimum amount for which one can be reported is Kshs 1,000 (~$10) and savings & credit societies (SACCO’s) are now included as authorized subscribes of credit reference data.

As part of the Government’s response to Coronavirus, the CBK also suspended new listings to credit reference bureaus for loans that become delinquent between April 1 and September 30 to shield borrowers at a time when incomes and economies are disrupted.

In addition, Kenya’s Parliament will soon debate new clauses of credit reference regulations that include:

Have you ever seen your credit report? It is often a requirement for job applicants in Kenya to obtain a “clearance certificates” from a credit reference bureau (CRB) as one of the half-dozen source documents to be considered in their vetting.

Kenya has three licensed credit reference bureaus; Credit Reference Bureau Africa (trading as TransUnion), Creditinfo CRB, and Metropol CRB. The initial law on credit reference means that every Kenyan is entitled to get a free credit score every year, but that is not quite the case.

I tried to obtain a report from all of them and here is a review of the three services, in order of ease of access.

3. Metropol Credit Reference Bureau says that you can get your first free credit report by dialing *433# and by paying Kshs 100 via M-Pesa. Prompts indicated that a payment was required and I entered and sent the amount via M-Pesa, but the payment transaction bounced back. Did this twice, and nothing ever came from Metropol and this needs a fix.

2. TransUnion: Credit Reference Bureau Africa was Kenya’s first credit reference bureau and now trades as TransUnion. Registration is Kshs 50/= for you to get your first free credit report. There are two ways of interacting with the service by SMS or by downloading an app.

The SMS route (number 21272) led to a prompt to pay Kshs 50 by M-Pesa. I did that and was led to a mini-menu to choose and receive more text messages. However, each SMS cost Kshs 15 – 19 each to proceed to the next screen and at some point, the TransUnion site gives advice that it is better to download the app and save on SMS transaction costs.

I did that and for the TransUnion Niapshe app from the Google store through which one can request a credit report and a clearance certificate. After payment, it now says you will be getting the free report annually. Also, that as a subscriber, you will get FREE SMS alerts in case of a new enquiry by a lender, new loan information submitted, when a loan goes 60 days into arrears, as well as when a loan is fully repaid.

Since I had already paid the 50, I asked for the report to be emailed. It came behind a password protect for me to enter my national ID (number) to unlock, but that did not work. I emailed a few times back to customer service and got an unlocked report in an email two days later.

1. Creditinfo CRB Kenya. On their site, you enter your name, ID, email, phone number and that leads to a sign-in prompt to pay Kshs 50. Did that, and within five minutes, got my credit report, a four-page PDF with a numeric score, risk classification and the number of credit queries in the past 12 months.

Findings from the Credit Reports

There are similarities in the two reports obtained from CreditInfo and TransUnion including:

Missing from the reports are:

Accurate credit scoring remains a holy grail in this economy where so many transactions are in the informal sector, and in cash. Credit reference is here to stay, even though many Kenyans don’t understand it or the consequences of not having good credits. Banks have now always been honest brokers, and they have been accused of not sharing information and offering good rates to good borrowers, but only posting defaulters into the credit reference bureau pool. My search proves that this is not the case, but the perception has led to a petition to Parliament to end credit reference bureau practices in Kenya over listing people for owing frivolous balances.

Still, there is no harming in getting your report and knowing what is out there about you.

EDIT: What does your score mean?  This article from South Africa is applicable:

The different credit bureaux in SA all have slightly different ways of calculating your credit score, but in general scores range from around 350 to 999, and what you should be aiming for is a score of 600 or more…at this level, you should not have any problem getting a loan, provided it is within your means to pay the monthly instalments…and the higher your score is above 650, the more likely you are to be able to negotiate interest rate concessions…

In a move that may weed out practices that led to the introduction of interest rate capping, the Kenya government has developed a draft Financial Markets Conduct Bill for consumer finance protection.

Bold new proposal for a Financial Market Conduct Authority in Kenya: https://t.co/xH5AuiG0es Some reasons why this may be a good idea here: https://t.co/0HYIXczFv4 @CGAP

Some clauses in the bill of interest:

Whether this new law which cracks down on unsavoury banking and consumer finance and behaviors will ease out the 2016 interest rate capping law while assuring parliamentarians who  championed the setting of maximum interest rates that bank behaviour will be better-regulated remains to be seen. Also if the clauses will help borrowers who have shifted to other more expensive lending platforms regardless of the consumer finance terms and interest rates charged there.

But the bill also creates a host of new financial regulators including; (i) a Financial Markets Conduct Authority (ii) Financial Services Tribunal (iii) Conduct Compensation Fund Board (iv) Financial Sector Ombudsman (v) an Ombudsman Board who may trip over other existing financial regulators.The bill is in the public participation stage and interested persons can send in feedback on its clauses to ps_at_treasury.go.ke before June 5. 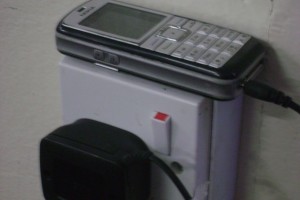 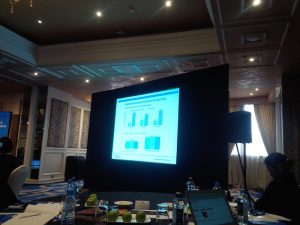