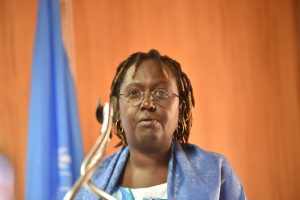 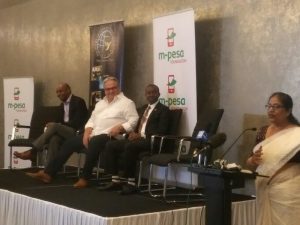 Today will see the official launch of Apple’s i-Phone (3G) into the Kenyan market by Orange mobile. You could say it’s a case of bad timing as Kenyans are going through tough economic times and perhaps entering a recession period.

Recession or not?: With (very) high prices of petrol (until recently), electricity, maize and other foods, a spike in the government deficit, global financial turmoil, fewer tourists, reduced remittance volumes all signs would point to an economic slowdown. Right?

But not the Central Bank of Kenya (CBK): I have been in the past ‘impressed’ (did I say it was the best bank site?) by the volumes of reports published by the Central Bank, mostly because they are timely, though difficult to decipher the message.

The CBK reports have predicted some hardships but remained very optimistic and rosy about the country’s economy. But it appears that the messages are tailored to suit the tone of the day because Kenya’s leading business newspaper has taken note.

Today’s Business Daily has a very harsh critique of the CBK reports (which many banks, funds, government departments use to formulate their policies). The BD editorial laments the consistency of presentation, shifting periods for which data is presented, differences in figures published by KNBS (statistics bureau) and a determination by its authors to manipulate data through a series of omissions and change of periods under review that makes it nearly impossible to keep track of ongoings in the economy.

Former Nairobi Stock Exchange boss Jimnah Mbaru (who’s also a sometime author) thinks Kenya is headed for a recession and has published a column which ran in some newspapers and appears at Capital FM website titled How Kenya can escape recession. He advocates (like US President-elect Obama) that the Kenya Government spend its way back to robustness. Some of the proposals he suggests include reduce interest rates and cash ratio (which have already happened) but also some strange ones like the government should buy Safaricom shares, sell buildings, and mandates that more sewers be built he also says hedge funds cashing out brought down the NSE this year…hmm.

Blog views: In the absence of a Finance Minister, the Government is engaged in a series of Voodoo economics.

i-Phone outlook: Looking around Nairobi with all the Hummers, new Range Rovers, new apartments complexes etc., it is clear that there’s an affluent class that does not feel the pinch of a (possible) recession and despite the tough year it has been, there have been several new entrants in Kenya.

The i-Phone which has been a worldwide smash, and impressed many (not all) its customers, can be expected to do well here also. Like with the Blackberry before it – which was circulating here unlocked/hacked before its official debut, it will now be licensed and supported after the official launch.