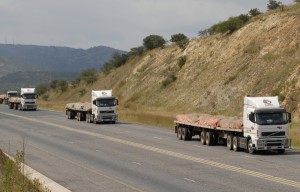 2 thoughts on “Tullow to truck Oil from Turkana to Mombasa”