Most people only contribute to their pension savings for the period that they are formally employed with an employer that is enrolled them in a registered pension scheme.  But that only covers a small part of the workforce, and limits the periods in which they can save.

For many medium and small businesses (SME) workers, their employers only enrol them in the statutory National Social Security Fund (NSSF)  in which all employees. Until 2014 when the law was revised, contributions towards retirement was a ‘token’  amount of Kshs 400 (Kshs 200 from the employee, matched by the employer) per month. The change in the law allowed employees to voluntarily increase their savings and have the employer match that. The funds could be invested with NSSF in another registered pensions scheme that would presumably outperform the NSSF. 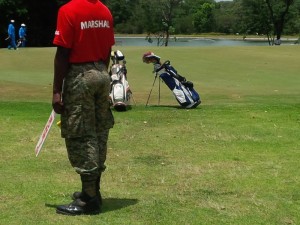 Pensions for self-employed and entrepreneurs.

For entrepreneurs, there are a few individual pension schemes. One of them is Vuna from Alexander Forbes, through which one can make contribution via mobile money, and benefit from extensive financial advice such as how to withdraw funds early or how to apply use pensions savings to make down payments for mortgages. Vuna is designed for entrepreneurs (self-employed), those who do short-term employment (contracts) or for people who work in organizations where no pensions scheme has been established. They recommend a minimum savings of Kshs 5,000 per month Kenyans can save up to Kshs 20,000 tax-free per month).

But a few years ago, the government realized that many young people starting out, or worked in the informal sector were not able to build savings. Either the process of registration was too diffcult, or the minimum amounts required for pension contributions were too high, nor did they have a steady income flow to enable them to participate in the formal pension schemes provided.

So, the RBA worked with Eagle Africa and created the Mbao scheme for (Jua Kali) informal workers. These are people who save irregularly and don’t have large amounts to save – they called it  ‘Mbao’ to refer to the Kshs. 20/= which is the minimum daily contribution that members can make. It was established by the Kenya Jua Kali Co-operative Society as a voluntary retirement savings scheme.. (and) was registered by the Retirement Benefits Authority (RBA) and Kenya Revenue Authority (KRA) (in) October 2009.

With Mbao, one can register on their phone via SMS, add to their pensions, top up their pension using mobile money (M-Pesa or Airtel) and update their details using USSD.  As at the end of 2015, members were making about 31 million in contributions per month.