It’s been over a year and a half since the last urban inflation index. So let’s see what the differences are in tracking changes compared to 5 years ago and to the last index which was in July 2013..

There is a current debate about the impact of many external and internal events on the Kenyan economy and the cost of living. Some of these include insecurity around the country which has directly impacted the tourism sector, investments in infrastructure (the standard gauge railway,) education, electricity generation (coal, geothermal) new laws by counties, unregulated or illegal imports of some commodities like maize and , and digital changes (in public service vehicle fares and television broadcasting) etc.

Mobile Communications: Costs are largely unchanged, but there’s a push to do more now. Safaricom launched 4G a few days ago,and like Airtel, they have taken to pushing many messages to reward and retain customers at the same time. Current promotions include buy a Samsung and you may win a BMW, pay by m-pesa and you may win a house etc. Meanwhile Airtel and Safaricom have respectively absorbed the customers and assets of (Essar) Yu that has exited Kenya, while Orange is also looking to sell out. 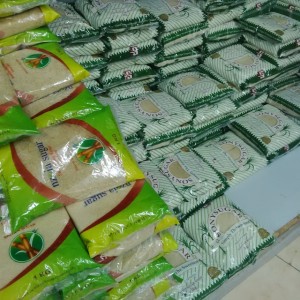 Other food item: A 2 kg. Mumias Sugar pack is Kshs 250, same as last July. However it was 200 in December 2009 and today Mumias Sugar is a shadow of it’s former self limping under debts and losses, with their sugar products now difficult to find in many Nairobi supermarkets.

Electricity: Consumers have been told to expect to see an electricity price drop in their bills, but many are not sure.  KPLC shifted many customers to a new prepaid system a few years back and it is tough for most customers to understand how far their money goes in terms of actual electricity delivered (see this FAQ)..and while the cost of fuel, forex charges on bills appear lower, it still does not translate into more units of power per shilling.

Cost of Financial Inclusion: Bank charges are creeping up for many. The government now taxes a 10% tax on every fee-levied by a bank on a customer – whether it’s for an M-Pesa withdrawal, ledger fee, new debit/credit card, even a tax payment..a tax on almost every charge except for loan interest.