Today Senegal celebrates its independence; strangely enough, I am not in a celebratory mood. 50+ years of so-called independence, the more things are the same.

I am somehow very encouraged by President Alpha Conde’s and Kabore’s recent remarks, which makes me think that something is brewing…I had posted an article in a private forum and feel the need to share it with a bigger audience in hope to widen the tent that will lead our leaders to the waters…Here you go..
“If you want your independence then take it”, uttered De Gaulle in 1958 frustrated by young men heckling him.  Independence was given a few years later, but independence was not gained, as the terms were never negotiated in good faith but dictated by France and the CFA became a by-product of that.

At recent events, the Minister of Economy of Senegal suggested that Senegal is not considering dropping the CFA, which given the current climate, to me is a political response to an economic problem.

In contrast the President of Chad, Idriss Debby landed on the opposite side of the argument, and clearly established himself as the only head of state siding with a growing number of Africans, who have come to accept that Africa cannot be truly independent if its financial system is controlled in France.

In many parts of Francophone Africa, there is an emerging sense that economic growth cannot happen without economic independence especially with 50% of CFA member countries reserves being deposited into the French coffers. Such an awareness implies that people are ready for an alternative and a clean departure from the CFA and transition into an independent currency.
A move like this has to be strategic and deliberate simply because doing away with 70 years of political and economic control, will not be without peril. The French economy came out of its economic crisis after World War II in big part because of the CFA and relies on this system of exploitation to remain a strong economy in Europe.

Therefore, dropping the CFA, without a clear well laid out plan and implementation strategy might not be a winning strategy, but a knee-jerk reaction. It is also important that we take timeless lessons from previous movements that called for change such as the Arab Spring, Occupy Wall Street etc. These movements were well-meaning and all called for positive changes, but they were all reactive and started without a clear end game and solid alternative in place.

So my question is how do we form a coherent strategy consistent with the efforts already being put forth on the ground, and overcome the challenges ahead? Here is a summary of what I think might be a good starting point:

If you subscribe to this vision, I challenge you to engage people in your networks, one conversation at the time. The lives of close to 150 million people depends on this, so if you are from Benin, Burkina Faso, Guinea-Bissau, Ivory Coast, Mali, Niger, Senegal, Togo Cameroun, Central African Republic, Chad, Republic of Congo, Equatorial Guinea, Gabon, or know someone from those countries, get educated, get involved and be the change you want to see.

Read up on the CFA Franc.

Excerpts from the Economist Events #GrowthCrossings dinner in Nairobi this week. 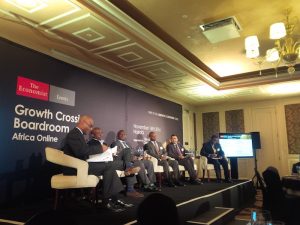 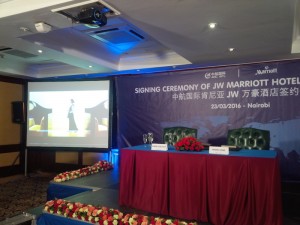 A true Beyonce fan must try to see Beyonce. And if that’s your travel dream, you should make it happen.

A few weeks, ago Beyonce performed at the Super Bowl halftime show. And, just before that, she released her Formation video, about which Awesomely Luvvie wrote .. “this Formation video (directed by Melina Matsoukas) that she dropped on everyone in the middle of a Saturday is the best thing she’s ever done.”

She also announced a Formation Tour with dates in the US and Europe.  The Formation Tour website  lists tickets that are still available  in several cities, some of which can be accessed with reasonable airfares from Nairobi. These include London ($749 round trip fare from Nairobi), Zurich ($669(, Milan ($649), Copenhagen ($699), and Frankfurt ($649). You should have saved up for by now if you’re a true fan.

A Beyonce super fan in Nairobi who plans to attend a Formation concert says it would be ideal if the concert tour came to Africa, probably Johannesburg (which is always a possibility).

I asked her if going to any of these European cities for the concerts intrigued her – Brussels? Copenhagen? Cardiff? Milan? And is she could combine a trip to those cities with fashion, museums, or something else? She said:

Back to the formation video, which  is loaded with lots of references for Beyonce fans; to important pieces like the New Orleans, the Creole people, and towns in her life, like Alabama (Nairobi roundtrip tp Montgomemerry $1,589) and Lousiana (Baton Rouge $1,589) and Texas (Houston $1,099).

Also see why Kenya is unlikely to have a Beyonce concert, any time soon.

President Hifikepunye Pohamba was today announced as the winner of the 2014 Ibrahim Prize for Achievement in African Leadership. The award

Earlier, there was some speculation or expectation, with the announcement being made in Nairobi, that Kenya’s former president Mwai Kibaki might be this year’s winner. The prize panel comprising Salim Ahmed Salim, Martti Ahtisaari  Aïcha Bah Diallo, Mohamed ElBaradei, and Graça Machel addressed that in a  Q&A session after the announcement was made by Salim

He said President Pohamba made a mark in terms of reconciliation, cohesion, and respect for the constitution. He had offered sound leadership while remaining humble. His achievements were seen in gender equality (48% of parliamentarians are women) a focus on health (80% of HIV cases receive therapy and transmission rates are falling) and education, tackling poverty (social safety nets and disability grants) while grappling with challenges like the widening inequality.