Barclays, which has been in Kenya for 103 years has officially now transformed to Absa Group the culmination of a three-year journey of transition following the divestiture of Barclays PLC majority shareholding in the Barclays Africa Group.

Barclays remains as the largest shareholder in Absa which is present in 12 African countries, has 40,000 employees, and listed on the Johannesburg Stock Exchange. The transition to Absa across Africa has seen the migration of hundreds of Barclays technology systems that were run from the UK to the continent, mainly in South Africa and Kenya. Absa Group now had a reprobative office in London with another soon in New York.

Absa owns 68.5% of Absa Bank Kenya PLC which is currently the fourth-largest bank in the country by assets. Absa Kenya, which is listed on the Nairobi Securities Exchange, has 63,000 shareholders who approved the name change to Absa at their AGM in May 2018.

The one-off cost of the Absa Kenya rebranding is being spread out over two years and through September 2019, had cost the bank Kshs 910 million. All 86 branches in 38 counties across Kenya are being rebranded in the new Absa bold red colours. This past weekend, the bank transitioned several customer channels, including internet banking, social media, mobile banking, SMS, and point of sale systems to reflect the Absa brand.

Barclays Life Assurance has also officially changed to Absa Life Assurance Kenya. It is ranked third, with a 10% share of the group life insurance market in the country.

The ranking of countries in the Absa 2019 Africa Financial Markets Index and some of the market/investor activities highlighted in the report include:

1 South Africa (and also number 1 in the last index): Is the top country in 5 pillars after it regained the lead from Kenya on the foreign exchange one. The JSE also launched a Nasdaq clearing platform.

2 (4) Mauritius: Has diversified its economy from sugar and textiles to tourism and financial services. It leads the continent in pension assets under management of $4,331 per capita. It has also established a derivatives trading platform.

4 (6) Namibia: Bank Windhoek issued a green bond in the year. One concern is that the country lacks sufficient financial markets experts.

5 (2) Botswana: The country’s exchange has large market capitalization, but this is mostly due to dual-listed mining companies that have low trading volumes. They also formed a financial stability council to coordinate different regulators and plan to launch a mobile phone bond product like Kenya’s M-Akiba.

6 (5) Nigeria: Showed big improvement as they have liberalized their exchange rate and built up reserves. Pension funds were freed up to invest in infrastructure, bond, and Sukuk funds.

7 (15) Tanzania: Created a tax ombudsman and also repealed an amendment that had made it illegal to publish statistics that were not approved by the Government.

8 (8) Zambia: Improved budget reporting. But reserves dropped due to high interest payments on external debt as mining production has declined.

9 (11) Rwanda: Share of exports grew, and an agreement was reached with the IMF to accelerate urbanization and financial markets.

10 (10) Uganda: Market trading activity dropped from $25 million to  $11 million and one of the largest stockbrokers opted not to renew their operating license.

11 (16) Egypt: Topped the pillar of macro-economic opportunity due to export gains and declines in non-performing loans. Moody’s also upgraded their banking system ratings.

13 (7) Ghana: Is seeking to cap foreign holdings of government debt. The Bank of Ghana merged small banks and revoked licenses of others that did not meet minimum capital requirements.

20 (20) Ethiopia: Announced plans to launch a stock exchange for 2020, with aims to have significant privatization events including the listing of telecommunication companies. Local banks are also adopting international financial reporting standards. But the requirement that their pension funds can only invest in government securities is considered an impediment.

Also on the index are Seychelles (ranked 14), Mozambique (15), Angola (17), Senegal (18) and Cameroon (19). The 2019 AFM Index report was produced by the Absa Bank Group and the Official Monetary and Financial Institutions Forum (OMFIF) and it can be downloaded here.

Barclays Kenya launched the second edition of AFMI 2018 – the Absa Africa Financial Markets Index, revealing performance improvements at a time of economic turmoil on the continent and also the addition of new countries to the index that now tracks twenty African economies.

The #AFMIndex is an important tool for policymakers & market participants in Africa to guide their efforts in building robust financial markets. pic.twitter.com/B1HEM1vT5u

In the time since Barclays launched the initial Africa Financial Markets Index in 2017, they have seen good engagement from policymakers striving to improve their appeal to investors through the AFMI 2018 index which measures countries across six pillars of market depth, access to foreign exchange, market transparency/regulations, capacity of local investors, macroeconomic opportunity, and enforceability of legal agreements. This year, three new countries – Angola, Cameroon and Senegal joined the index bringing the countries tracked to 20 and the country measures were also tweaked to include elements of financial inclusions and levels of investor education

The AFMI 2018 was again topped by South Africa, the most advanced financial market in Africa, followed by Botswana, Kenya, Mauritius and Nigeria. Kenya, Morocco and Seychelles all improved in the rankings while Mauritius and Namibia slipped slightly. Nigeria was credited for improving in its administrative efficiency and tax reforms.

Jeremy Awori, Managing Director of Barclays Kenya said that emerging markets were under great pressure with currencies dropping, interest rates rising, political instability, falling commodities etc. and these highlighted how strong domestic financial markets could be used to cushion African economies from headwinds. He said that while  Kenya topped the access to foreign exchange pillar of the index, and had improved in the enforcement of  legal agreements, showing it was on a path to be a regional financial hub, there was still need to need to improve capacity of local investors, and grow the diversity of investor products. He added that Barclays Kenya was the first institution to list an ETF – an exchange-traded fund at the Nairobi Securities Exchange (NSE) and was also providing thought leadership on international swops and global master repurchase agreements.

Guests at the launch included Geoffrey Odundo, CEO of the NSE, and Paul Muthaura, CEO of Kenya’s Capital Markets Authority (CMA). Odundo said that while the 2006-08 IPO era unlocked retail investor capital, there was much more opportunity for investors to get good returns in the secondary markets including through REIT’s and that the NSE was currently piloting on offering derivatives. Muthaura spoke of initiatives to connect investors across African investors including a pilot exchange partnership between Kenya and Nigeria, and the African Securities Exchanges Association which was looking to enable trading links between the six largest exchanges on the continent.

Anthony Kirui, Head of Markets at Barclays Kenya said the country had an array of fixed income securities, but attention needed to shift to re-opening bonds as opposed to issuing new paper. He added that there was a need to create a primary dealership and a true OTC market and to also address the reluctance from local owners to list on stock markets. Muthaura said that one factor in the lack of new listings at the NSE was due to companies, who may have been candidates for listing to get new capital, now opting for the abundant and cheap funding from banks that were flush with cash in the era of interest rate caps

In East Africa, Uganda was stable (at No. 10) on the index while Rwanda and Tanzania dropped slightly, the former due to discrepancies in the implementation of rules and the latter due to lack of capacity of local investors. Ethiopia was at the tail end of the Index due to not having a security exchange and corporate bond markets, but that is likely to change as the country pursues reforms such as freeing the foreign currency exchange rate and planning for privatization of Ethiopian enterprises.

The AFMI 2018 report was done with the Official Monetary and Financial Institutions Forum (OMFIF) and can be downloaded from the Absa site. 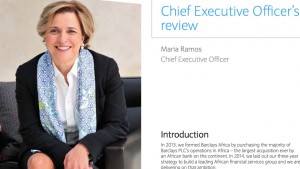