Three companies that had their year-end in March 2014 have just published their annual reports which are now found on their individual websites.

The B787-8 aircraft will replace the B767- 300s on a one for one basis. The B777-300ERs provide growth in capacity. The B737-300s exit the fleet as JamboJet gains it’s Operating Certificate and determines its own fleet requirements. Two of the E170s will be returned to the lessor as will two B737- 800s, which will be replaced with new leased aircraft. 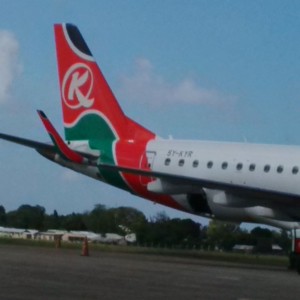 The most important project for the Information Systems team during the year under review was the Boeing 787 e-Enabling project. The project was set up in February 2013 to implement the e-Enabling platform design recommended by Boeing for the B787 aircraft. The purpose of the e-Enabling platform is to ensure secure transfer of B787 Aircraft Software from Boeing servers to Kenya Airways servers and subsequently into the B787 aircraft.

African airlines international air travel expanded by 5.5% in 2013, a solid result but slower than growth in 2012 (7.5%). Overall, the demand backdrop for carriers in the region was strong, with robust economic growth of local economies and continued development of internationally trading industries. But some parts of the continent showed weakness, including the South African economy which recently experienced a slowdown. There has also been some slowdown in regional trade growth

Safaricom’s operating licence was issued for a period of 15 years from 1 July 1999 to 30 June 2014. On 25 June 2014, the Communications Authority of Kenya (CAK), formerly the Communications Commission of Kenya (CCK), confirmed the renewal of Safaricom’s operating licence for a further ten years from 1 July 2014 to 30 June 2024 at a renewal fee of USD 27 million.

In a few weeks time FastJet should be flying a leased Airbus A319 between Dar es Salaam and Nairobi. FastJet, who are listed on the London Stock Exchange, are part of a group that flies 4 million people a year. Their experience in Europe and Asia shows that the licensing of low cost carriers increases the number of flyers. They won’t be here to compete with Kenya Airways (KQ) or Precision Air, which is Tanzania’s dominant air carrier, but their target is people who take buses between Nairobi and Dar Es Salaam  (or Nairobi and Mombasa) and they will be offering fares that start as low as $20 before taxes and are ambitious to roll out the model across other African countries
A current search on the local TravelStart site shows that  one way flights between Dar and Nairobi attract taxes of between $90 and $110 – so there’s no feasible way passengers will be paying anything less than $120 per flight – and high airport taxes are the norm in many African countries. Not all seats on the plane will costs $20 (Kshs 1,700) – and they will be sold in increasing blocks as the flight gets fuller and the dates closer, such that those who choose to pay last minute will pay almost a full fare.
Fly540 itself should still be around flying, on routes that the A319’s can’t fly to, and the next bases for Fastjet  as the lease more A319’s are likely to be Nairobi, Accra, and  Luanda.
Also licensed in the same week was JamboJet, a planned low cost carrier from Kenya Airways.  A few years ago, KQ ran an airline called Flamingo Air, but it was not really a low cost – not in terns of fares  or level of service which were comparable to other domestic Kenya Airways flights.
Do African passengers really understand what low costs flights  mean? That there will be no food or drink unless you pay? That you will be charged extra for your bags? Or that you may be asked to clean your seat? That has to come out clearly in the marketing of these tickets  to sensitize flyers on the type of service to expect. 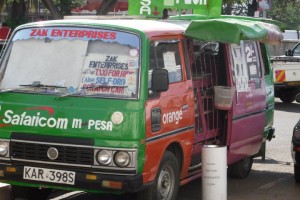 Precision Air (now a PLC with a 126-page prospectus at their site) was incorporated as an LLC in 1991. It flies to all major towns in Tanzania Mwanza, Tabora, Musoma, Shinyanga, Kigoma, Kilimanjaro, Zanzibar, Mtwara, Arusha and Dar es Salaam) and internationally to Kenya, Uganda, South Africa, and Comoros. Kenya Airways (KQ) became a strategic investor in 2003, acquiring a 49% stake.

Air Industry: There are 27 air operators in the country, and Precision Air is the second national carrier of Tanzania with a 59% market share, followed by Coastal Travel 14%, others with 21% and Air Tanzania with 6% (via TAA stats). It is also the only Tanzania carrier operating scheduled international flights and member of the IATA clearing house (ouch!)

Tanzania is a large country with a service industry that contributes 43% to GDP of the country, and id that has increasing air industry opportunities thanks to mining, tourism, but challenges include a lack of staff. Precision has been a local pioneer in e-ticketing (which cost $1 compared to $10 for paper ones), frequent flyer programs and online check-in.

On Offer: Unlike past cross-border listing like Bralirwa (Rwanda), Stanbic (Uganda) and Safaricom & Britak (Kenya) which have been available to nationals of all East African countries, the Precision Air IPO has only Tanzanian and non-Tanzanian categories for retail and corporate investors (no East African category). 51% of the shares are reserved for Tanzania nationals in the case of an over-subscription, Tanzanians can’t buy on behalf of non-Tanzanians, and 3% of the shares are reserved for staff of the airline.

If dividends are paid, they are taxed at 5% for both Tanzanians and Non-Tanzanians (shareholders of unlisted companies are charged 10%). Historically, they have paid dividend of about Kshs. 7 million and shareholders equity tumbled in 2011 thanks to a hedging reserve hit of Kshs. 615 million.

58 million new shares are on sale at a price of ~Kshs 29 (TzS 475 each), with a minimum application amount of 200 shares, then multiples of 100 thereafter. The offer runs from 7th to 28th October with results announced on November 11 and listing at the Dares Salaam exchange on December 8 2011.

The IPO has had some delays such as by a small a lawsuit and (threat of) a winding-up petition. However the only material litigation mentioned are two (lightweight ones) of a passenger who lost luggage and sued for about $50,000, and some former employees suing for overtime pay of $150,000 which the Precision lawyers note are unlikely to lead to winding up proceedings.

Valuation: With a re-worked earnings per share of 10, the price advised by NIC Capital works to a historical P/E ratio of 50, which is seen as high (see Transcentury [KE] for a similarly listed share)

Use of Proceeds: hoping to raise about Kshs 1.7 billion (TzS 27 billion or ~ $16 million) and Kshs 700 million will go to fleet expansion, Kshs 400 million for ATR spare parts and the balance in systems, training, equipment and working capital.

Background on Transaction: Michael Shirima, the Chairman had had 1.37 million and KQ 1.32 million shares each. Their shares were split 50 times giving Michael Shirima had 51% (68m) shares and KQ had 49% (66m) and they will retain those shares, alongside the newly created 58 million shares, but which will reduce their holdings to 35.5% and 34.1% respectively

Early partners in the airline’s history include Mtengei Materu, Hillary Ngaleku, The Tanzania Venture Capital Fund and East African Development Bank, but at this stage it’s only MS and KQ. The company does not own land but has leases from Kilimanjaro Airports Development Company, Kilimanjaro Native Cooperative Union, Quality Plaza Limited and National Insurance Corporation.

Banking: Their arrangements include Citibank ($127 million) who are financing the purchase of 7 ATR aircraft, Stanbic ($6 million) one aircraft and a KCB $6 million) taking over an EADB loan for hangar construction (at Nyerere International airport). They also have letters of credit and guarantee facilities with Stanbic Tanzania.

Human Resource: Precision has 657 staff, but a SWOT in the Prospectus notes that a weakness of the industry is a shortage of pilots and engineers. The Managing Director, Finance, Information Systems and Commercial directors are Kenyans, seconded from KQ who provide manpower development, and training of Precision staff who are attached to KQ. Also at Precision, 4 pilots have been trained from scratch, 12 technicians have been trained at Toulouse by ATR and 5 senior managers are also enrolled in MBA’s at Toulouse.

Governance: Precision Air has a lean board with only one independent director and only one committee (audit & risk) that each meets four times a year. As long as they own 20% KQ must be consulted by Precision and agree on the appointment of Managing Director and Finance Director, entry into alliances, new routes, acquisition & disposal of the fleet, any issue that dilutes shares, taking on debt. same for MS who holds 20%. KQ and MS have the right to appoint one director for each 10% they have and replace their directors. The IPO also provides for some rights for a minority shareholder who ends up owing 10% shares in the company.