Equity founder, Peter Munga, worked for the Ministry of Agriculture. He would go to work then come back home after a while, the same way most of us visit upcountry. His mother, among other villagers of Kangema worked in the tea farms.

They would get paid in cheques. There was no means to cash the cheques in the village. So they would wait for Munga to come visit home and give him the cheques. He would then go to cash them and bring the tea farmers their money the next time he visited home. This went on for a while until he felt the need to help his community.

Back then, to own a bank account had strict regulations. One had to have several referees to open an account, maintain a minimum balance of Kshs 10,000 and on top of that were storing bank charges. Withdrawal from an account took 7 days. Therefore most people preferred to store their hard-earned money at home, under their mattresses, where it was easily accessible.

Equity has had a few phases. The first one being 1984 – 1993. This is when Munga begun pursuing this dream to help his people. Within this period, the company made losses. But since his goal was more than just profit-making, he carried on.

The second phase which begun in 1994 had James Mwangi, the current Group CEO and MD, come in. Between 1994 – 2003, the company improved its business model and even begun mobile banking. That is going to people’s homes to offer banking services and financial education. It’s in this phase that they begun computerizing their operations.

And when they hit their 1 millionth customer, they awarded him. This was in 2007.
Today, the number is around 14 million. #equityat35 #anewlookequity #growth pic.twitter.com/sc0lx7zVQj

The art gallery at the #equityat35 party had Equity staff explain to the guests the Equity history wonderfully.

The third phase (2004-2013), which they refer to as take off, had them become listed on the NSE (Nairobi Stock Exchange) and USE (Uganda Stock Exchange). In this phase, they incorporated mobile banking (phone banking) and were the first bank to introduce agency banking. They went on to win awards among them being The Best Bank in Kenya, The African Business of the Year and The Global Vision Award in Microfinance.

Today, Equity is also listed on the RSE (Rwanda Stock Exchange). The bank owns branches in 9 African countries; Kenya, Uganda, Tanzania, Rwanda, South Sudan, DRC, Ethiopia, Zambia and Mozambique. Their goal is to become a Pan-African Bank with 10 countries under their sleeve by end of the year. In the beginning, their main competition was mattresses and banks, but today, their main competition is cash, fintech and telcos.

They are big on community social responsibility (CSR), hence the Equity Group Foundation. This has been evident through their Wings to Fly program which has over 16,000 beneficiaries. Equity runs FIKA (Financial Knowledge for Africa), which is a free program that equips the beneficiaries with financial management skills. The Foundation finances the Equity Afia Clinics which are run by the Wings to Fly graduates. The clinic currently has branches in Ongata Rongai, Buruburu, Kawangware, Kayole, Thika, Ruiru, Nyeri and Nakuru.

Kenyan counties are expected to raise funds for some of their activities to and this is crucial as many counties will not able to fund their operations and programs with the funds allocated to them by the national government.

Muranga County Government has an interesting vehicle called Shillingi kwa Shillingi (translated as shilling by shilling) through which they intend to mobilize resources from Murang’a residents (and the Murang’a diaspora)  by targeting a total of 100,000 people who will save an average amount of Kshs 3,000 ($35) per month towards a goal of raising Ksh3.6 billion ($42 million) a year

The invitation states thatthe ultimate objective is to match every shilling received from (the) national government with an equal shilling contributed by the people of Murang’a through savings, hence the “Shillingi kwa Shillingi” concept ... (and the) savings will be used in development projects such as real estate, property development, commercial power generation, agro-processing, trading and any other social and economically viable projects in Muranga and beyond.

There have been newspaper and TV ads for the Shillingi program which have been careful to sidestep a caution by the Capital Markets Authority (CMA) on unlicensed investment solicitations to the public, by stating that the Shillingi contributors are members who are saving (the more they save, the more shares they get), but they are not investors who expect a dividend.

This is a novel undertaking spearheaded by the Murang’a Governor, and one which more counties should emulate once they see how it works.The investments will be overseen by a respected audit firm, Deloitte, who have been appointed as project managers and Safaricom Business are the ICT partner who will handle SMS registration and M-Pesa collections, but savings payments can also be made through Equity, Cooperative and Jamii Bora banks. 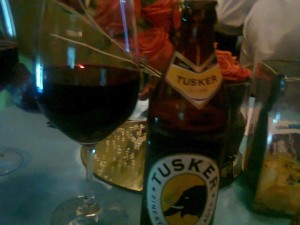 The new law which restricts the sale of alcohol, bar opening and closing times, prescribes penalties on offering brewers, sellers, patrons etc. is temporarily on hold after an association of bar owners from Muranga in Central Kenya filed a court case to delay its implementation. But in a rejoinder, another group of leaders from Muranga County (see website) have come out and supported the bill via a full-page colour advert in the newspapers. They claim alcohol has ravaged the county leading to death, blindness, family break-ups, but most important the waste of able-bodied youth and men who would otherwise be engaged in productive agri-business (coffee, tea, milk, horticulture).

More on the positive side of the alcohol ban can be found in a separate newspaper article in the Saturday Nation which showed the dramatic effects the ban had on a small village in Gatanga (Central Kenya), and the scenes were probably mirrored in many other rural villages that have (previously) seen similar effects on alcohol abuse on productive population.

….although it is noon, the young folks are sober, a state locals say is a miracle. “By noon, half of them would be drunk,” says Mr Michael Muthee, 45, a carpenter. He should know: Although offering to pay Sh300 a day for a helping hand in his workshop, he found it hard to find a sober young man before the new alcohol laws came into force. And when he did, the fellow could not be counted on to return the next day, least of all, sober.

…Before the new laws came into effect, he says, much of the work on the coffee farms was left to women and children, The male folk would vanish in morning and stagger home in the evening.

So what’s in the bill being championed by the National Campaign Against Drug Abuse Authority (NACADA), but which a Member of Parliament John Mututho took most of the credit and now some blame for hurriedly pushing through?

– NACADA which operates under the Office of the President, and not from either Ministry of Health (why there are two Health Ministries and two education Ministries in Kenya is another story) sought to tackle the increased availability of outlets selling alcohol, and the marketing of it to (and use by) youth (under 18’s).

Enforcement: NACADA is meant to educate Kenyans on the dangers of alcoholism. But so far there has been little education (clause 69), and the agency which is to give statistics on alcohol which they collect state (at their website) that 15% of 15-64 years-old’s in Kenya take illicit brews.
– Changaa Legal: Kenya’s most popular illicit brew is going to be legalized (repeals changaa prohibition act (69). The Government is going to develop standards for changaa which is to be brewed and packaged in a manner similar to Uganda’s Waragi and Tanzania’s konyagi, and sold in glass bottles larger than 250ML.
Fund: There is now an alcoholic drinks control fund supported brewer, wholesale & retail licenses – and of money raised, not more than 15% will go to civil society groups and not more than 50% to the district alcohol committee (led by district commissioner)
– Being drunk in public can attract a fine of Kshs 500 ($6) or 3 months in jail (a mismatch? – @archermisahle says cops are asking 1,000 for people who stagger out of pubs)
– Restricts police harassment: Only senior police officers can conduct inspections, not the loitering patrol cops (25)
– Special Ones: There is some elitism at play, and places exempt from the Act (7) include national assembly (parliament), clubs (i.e. sports, social), military & institute canteens. A separate newspaper notice extended some exemption to hotels (tourists/guest) and restaurants (patrons who eat) but these are not spelt in the act.

Promotion Landscape Changes: Kenya’s popular music reality shows contest – Tusker Project Fame would be no more unless it can be rebranded as something else (Alvaro Project Fame perhaps?)
– Bottle top lotteries (check under your bottle cap & win) are banned (47) as no promotion can be run that encourage alcohol consumption 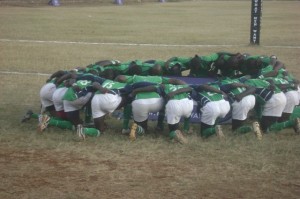 – Also while EABL’s Tusker brand has bailed on the world famous Safari Sevens rugby tournament (now known as the Safaricom Sevens), alcohol can’t be sold at the event which also features schools rugby competition (46) – will the organizers exclude schools and any spectators under 18 from the tournament?