Have you ever seen your credit report? It is often a requirement for job applicants in Kenya to obtain a “clearance certificates” from a credit reference bureau (CRB) as one of the half-dozen source documents to be considered in their vetting.

Kenya has three licensed credit reference bureaus; Credit Reference Bureau Africa (trading as TransUnion), Creditinfo CRB, and Metropol CRB. The initial law on credit reference means that every Kenyan is entitled to get a free credit score every year, but that is not quite the case.

I tried to obtain a report from all of them and here is a review of the three services, in order of ease of access.

3. Metropol Credit Reference Bureau says that you can get your first free credit report by dialing *433# and by paying Kshs 100 via M-Pesa. Prompts indicated that a payment was required and I entered and sent the amount via M-Pesa, but the payment transaction bounced back. Did this twice, and nothing ever came from Metropol and this needs a fix.

2. TransUnion: Credit Reference Bureau Africa was Kenya’s first credit reference bureau and now trades as TransUnion. Registration is Kshs 50/= for you to get your first free credit report. There are two ways of interacting with the service by SMS or by downloading an app.

The SMS route (number 21272) led to a prompt to pay Kshs 50 by M-Pesa. I did that and was led to a mini-menu to choose and receive more text messages. However, each SMS cost Kshs 15 – 19 each to proceed to the next screen and at some point, the TransUnion site gives advice that it is better to download the app and save on SMS transaction costs.

I did that and for the TransUnion Niapshe app from the Google store through which one can request a credit report and a clearance certificate. After payment, it now says you will be getting the free report annually. Also, that as a subscriber, you will get FREE SMS alerts in case of a new enquiry by a lender, new loan information submitted, when a loan goes 60 days into arrears, as well as when a loan is fully repaid.

Since I had already paid the 50, I asked for the report to be emailed. It came behind a password protect for me to enter my national ID (number) to unlock, but that did not work. I emailed a few times back to customer service and got an unlocked report in an email two days later.

1. Creditinfo CRB Kenya. On their site, you enter your name, ID, email, phone number and that leads to a sign-in prompt to pay Kshs 50. Did that, and within five minutes, got my credit report, a four-page PDF with a numeric score, risk classification and the number of credit queries in the past 12 months.

Findings from the Credit Reports

There are similarities in the two reports obtained from CreditInfo and TransUnion including:

Missing from the reports are:

Accurate credit scoring remains a holy grail in this economy where so many transactions are in the informal sector, and in cash. Credit reference is here to stay, even though many Kenyans don’t understand it or the consequences of not having good credits. Banks have now always been honest brokers, and they have been accused of not sharing information and offering good rates to good borrowers, but only posting defaulters into the credit reference bureau pool. My search proves that this is not the case, but the perception has led to a petition to Parliament to end credit reference bureau practices in Kenya over listing people for owing frivolous balances.

Still, there is no harming in getting your report and knowing what is out there about you.

EDIT: What does your score mean?  This article from South Africa is applicable:

The different credit bureaux in SA all have slightly different ways of calculating your credit score, but in general scores range from around 350 to 999, and what you should be aiming for is a score of 600 or more…at this level, you should not have any problem getting a loan, provided it is within your means to pay the monthly instalments…and the higher your score is above 650, the more likely you are to be able to negotiate interest rate concessions…

The Kenya government, through the National Treasury, is proposing some long overdue changes to the country’s income tax laws, which are contained in a draft bill that will be submitted to Parliament.

The bill has new clauses that affect transfer pricing, new extractive (oil & gas) industries, phase out of turnover tax, and an apparent tax cuts. It comes after other recent changes to the tax code. Kenya also has an ongoing waiver and amnesty program for income tax and assets held outside Kenya to be declared and repatriated to the Kenya Revenue Authority (KRA)  by June 30.

Leading accounting and audit firms such as KPMG, PWC, and Deloitte have looked deep into the clauses, and these are some of their findings:

They also looked at other recent tax adjustments which PWC notes will mainly alleviate the government from paying VAT refunds. 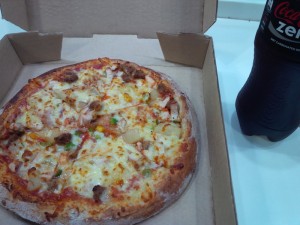 Other Clauses in the Income Tax bill

Finally, other stakeholders are invited to review the proposed changes to the 103-page income tax bill and submit comments via email to ITReview2017_at_treasury.go.ke by May 24.

The Central Bank of Kenya (CBK) has published a consultative paper on a review of the country’s microfinance bank laws. It notes that since the first microfinance bank (MFB) was licensed in May 2009 (which as Faulu), the number of licensed MFB’s in the microfinance industry space has increased to thirteen – including Faulu Kenya MFB, Kenya Women MFB, SMEP MFB, REMU MFB, Rafiki MFB, Century MFB, SUMAC MFB, Caritas MFB, Maisha MFB, Uwezo MFB and U&I MFB, with two more – Daraja MFB and Choice MFB – being community-based MFBs.

CBK has made proposals for microfinance banks including improving their corporate governance (through vetting, setting duties & tenure of board of directors and having more independent directors), having a single license for MFB’s (no more national or community distinctions), increasing the minimum capital for existing and new MFB’s, and vetting of MFB shareholders. Others proposals are around risk classification which will shift from the current assumption that loans are repaid weekly, to the reality that they are repaid monthly, and that microfinance loans now have a longer term outlook

Members of the public are invited to give views by March 15 (email: fin@centralbank.go.ke) and these will be incorporated into a microfinance amendment bill (2018) that will later go to Kenya’s Parliament around June this year.

Thursday saw the official launch of the Caritas Microfinance (MFI) Bank in Nairobi. Caritas MFB,  which is owned by the Catholic Archdiocese of Nairobi, was licensed by the Central Bank of Kenya in June 2015. It has since mobilized almost Kshs 400 million in deposits and advanced Kshs 250 million of loans.

Caritas plans to go from having two branches, now serving 10,000 customers, to five by year-end and increase its authorized agent network from 16 to 50. Already 70% transactions are done using mobile banking and through a partnership with Cooperative Bank, Caritas customers can use Coop Bank ATM’s and visa cards for purchases and this will enable another potential 100,000 “unbanked and under-banked” members of 200 self-help groups in Nairobi and Kiambu counties to access formal banking services.

MFI’s were excluded from the interest cap law of 2016. Other deposit-taking microfinance bank institutions include Choice, Daraja, Ideal (formerly REMU), Maisha, SMEP, Sumac, U&I, and Uwezo. Larger ones include KWFT and Faulu  as well as the Chase Bank-owned Rafiki MFI that was quite large and growing fast. It is independent of Chase Bank but a lot of its future growth is dependent on the outcome of the Chase receivership. 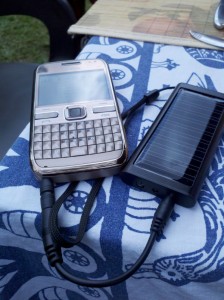