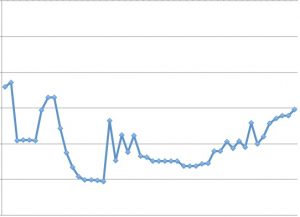 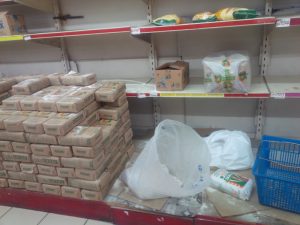 While there have been several discussions about maize and other food imports to Kenya such as where the maize came from, who is selling it, and at what price, more is on the way to deal with a national disaster situation, partly attributed to delayed rains and prolonged drought.

• The white maize shall not be genetically modified in accordance with the standards applicable in the European Union; i.e it shall not be genetically modified (GMO) maize.
• It shall have a moisture content not exceeding 14.5%;
• Its aflatoxin levels shall not exceed 10 parts per million;
• It shall be accompanied by a certificate of conformity issued by a company appointed by the Kenya Bureau of Standards; and
• It shall have been imported on or before the 31st July, 2017.
• Any person may import dates during the month of Ramadhan.

It’s exactly four years since the last election and we are back into campaign mode for an election on August 8. How has life changed since the Jubilee government came to power? There are many reports about economic growth and food inflation, and the budget speech that was read last week had a planned expenditure of Kshs 2.6 trillion (~$25.2 billion) compared to the government’s first budget  that was Kshs 1.6 trillion for 2013/14.

On to the index comparing prices of basic urban commodities.

Communications: Safaricom dominates. Prices are coming down and both Safaricom and Airtel have combined packages called Flex and Unliminet respectively . With Unliminet, Airtel customers get free WhatsApp, Facebook & Twitter of up to 100MB per day and at Safaricom, every reload of M-PESA  gets someone 3 free FLEX units. On the money transfer side,  Equitel and Pesalink are driving down the cost of mobile money usage.

Beer/Entertainment: A bottle of Tusker beer is Kshs 200 at the local pub. This is the same price it was in March 2013.

Utilities: Pre-paid electricity is about Kshs 2,500 per month which is unchanged from the last review. The calculation of pre-paid tokens remains a complicated exercise.

Staple Food: A 2kg pack of (Unga) Maize flour which is used to make Ugali that is eaten by a majority of Kenyans daily, costs Kshs. 147 up from Kshs 97 in March 2012 and Kshs 105 in March 2013. But in his budget speech last week, the Minister proposed to zero-rate bread and maize flour to remove VAT. “ Manufacturers, Wholesalers, and Retailers who sell such goods will be expected to reduce the prices of these basic commodities, failure to which, I will reverse the policy. In addition to further lower the cost to Wananchi, the importation of maize during the next four months will be duty free. I expect, therefore to see a reduction of prices for these basic commodities which enjoyed by majority of our people.”

Other food item: Sugar: A 2 kg. Mumias Sugar pack is now Kshs 292; it was Kshs 245 in March 2012 and Kshs 250 in March 2013. It has hard to find Mumias sugar which is going through some issues, so this is the price of Chemelil sugar at the supermarket.