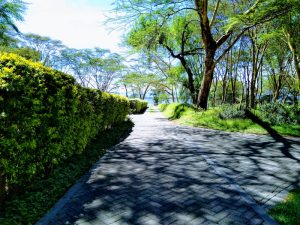 The 2008 Highway Africa takes place in September 2009 in South Africa. The deadline for nominations is August 15 in categories of (1) individual / student, (2) Non Profit / Non Corporate and (3) Corporates.

SABC – Highway Africa Awards 2007 for Innovative use of new media technology in Africa. Awards are given in three categories: 1) Individual/Student, 2) Non-profit and 3) Corporate.
– Individual and Non-profit category: communications which find innovative ways to overcome the limitations of the existing African infrastructure.
– Corporate category: creative adaptation of global technologies in an African media context.
– Other criteria (which apply to both categories)is the use of new media to benefit press freedom in Africa and encourage social empowerment in African communities. Also the functionality of websites/blogs/wikis is an absolute must, interactive features, design and use of mobile technology in an innovative way is encouraged.Entries to be submitted online or via fax by 20/8

Digital Village Concept opportunities
(i) Own manage digital village center/kiosk (there will be one in each constituency). Applicant’s must have experience in running cyber cafe, computer lab and already have electricity, steady clients, premises and qualified staff. Details here and deadline is 20/8
(ii) Supply products/services such as hardware/software, loans/finance, stationery, furniture, and supplies. Details here and deadline is 20/8.

Threat to ISP’s: Safaricom has applied for a 3G license to offer broadband wireless through their extensive base station network to subscribers.

Years ago there were Africans, say Kenyans, who excelled at Alliance High School, then at Nairobi or Makerere Universities. Then opportunities beckoned for many of them – for some, it was jobs in the colonial or the new African governments. But for others, they yearned to learn more, and applied for or won scholarships to the West or East for further learning. Maybe there was a CIA or underhand motive behind the generosity of these governments i.e. give us your best leaders and we will mould/educate them to do our bidding after they return home.

You have all seen some of those class pictures from prestigious universities with one black or brown or yellow face staring back among the sea of white faces. They may have been subjects of curiosity or hostility, but these students had been hard workers in their countries who had excelled, and many continued to excel at their new institutions. Afterwards, some returned home, some chose to settle there, while others disappeared in the vast north.

The Digital Indaba of 2006 was not like that, however.

First thing to know about it was that it was not a solitary conference in the wilderness. It came at the tail end of Highway Africa, Africa’s largest annual gathering of journalists, now in its 10th year. The conference this year addressed several topics including MDG’s, access to knowledge, web 2.0, corruption, EASSY, community media, among others.

Running through all these was the theme of new media – in which journalists and the media continue to embrace the challenges and opportunities brought by digital technology and the internet. This year the organisers formally added on bloggers forum aka the digital indaba that covered the last two days of the conference.

Some raw numbers: There were more black faces than white faces, speakers and delegates, at Highway Africa because there are more black journalists than white journalists in Africa. There were more white faces at the Digital Indaba because there are more white bloggers in Africa and the world. And yes – white South Africans are Africans.

At the conference, we learnt that countries like Egypt and Iran have many thousands of  blogs while India and China have millions of blogs. At any meeting, it is impossible to get a truly representative sample, something even organisers of blog conferences in the last two countries admit.

The organisers selected some bloggers from Africa to attend. From Kenya, these included Mentalacrobatics and Kenyan Pundit who were both Kaybee award winners this year.

According to the daily newspaper, which was published each day of the conference, there were 36 Kenyans invited. That’s only behind Nigeria, Algeria and of course South Africa. We met and got to know many of them, who work at the Nation, Standard, KBC and several other media houses in Nairobi. They too had applied for scholarships and won for their work this year. For many, it was not their first time at Highway Africa. Unfortunately, many of them left before the Indaba started, but I am sure you’ll see more of them staying on next year to discuss their new blogs.

Next
There will be more indabas in future, TED Africa (in Arusha) and others, which I hope to attend if I feel they will add value and I am still keen on blogging. If there are scholarships I will apply for them, if I am still keen on blogging. I may win some, or I may not. I hope others Kenyans win/get these opportunities and also draw some positives.

Mentalacrobatics has thrown down the gauntlet to Kenyans bloggers to organize their own meetups like South Africa, India or China. We have had several mini-conferences at Buffet Park to celebrate the bond of blogging, but maybe it’s time to have a formal one, with serious discussion, but will we exclude White African, Kikuyumoja, Kenyan Cricket, or others on the basis of race?

That would be stupid because in the online world we don’t even know half of who we are. We are largely anonymous, using pseudonyms to draw ourselves out. I hope we can draw some corporate sponsors, educational and government institutions like South Africa has done. Otherwise, without that, there are no scholarships, prizes, dinners and concerts.