The Finance Act 2010 is now available at kenyalaw.org.

It covers a lot of grey area generated by the Central Banks of Kenya’s (CBK) handling of the Grand Regency sale and the Charterhouse Bank closure, and gives powers and direction that provide some legal safe cover (but not retroactively).

It requires funds recovered by the Kenya Anti-Corruption Commission to go to the Government’s Consolidated Fund (78) and gives CBK powers to (peek and) take action at a bank based on (a banks’ own) auditor report (66) and specifies harsher actions that may be taken against banks who violate share capital limits (67). 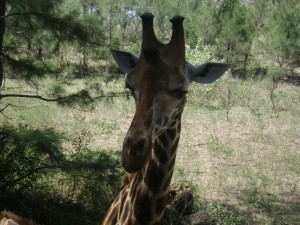 Other provisions:
– Banks can lend up to 40% of balance sheet to real estate (up from 25%)
– Beer prices up 20%
– Copyright inspectors can summon police officers to arrest piracy offenders (77)
– Abandoned vehicle number plates should be submitted to Government for cancelation (40)

The Central Bank of Kenya (CBK) FY 2009 (PDF) results are out and, compared to last year, it’s a different story.

Banking on other Income: CBK is another institution that has had other income yield great returns. While net interest income was down from 10.3 to 8.4 billion, and commission income on treasury bills and bonds was flat at 3 billion (investors opting for corporate bonds), CBK booked a forex gain of 13 billion ($173 mullion) up from 54 million on revaluation (a 25,000% gain) and 4.8 billion from the controversial $45 million sale of the Grand Regency Hotel. So profit for the year was 23 billion ($306 million), up from 9 billion in the year before, and CBK paid a dividend of 7.2 billion ($96 million) to the Government of Kenya (GoK) (up from 4 billion). And while CBK is exempt from income tax, KRA (the tax man) is not letting go of a Kshs. 22 million employee tax dispute with the CBK.

Generous Creditor: CBK lends to employees at 3% (perks of banking) and charge the government 3% on their overdraft. In a July 07 agreement GoK agreed to pay CBK 1.11 billion p.a. over 32 years at 3% to settle a GoK overdraft dating back to 1997. The CBK act limits the GoK overdraft to 5% of gross recurrent revenue (so currently this should not exceed 17 billion)

UK assets: CBK has 194 billion in assets held with united kingdom banks, that’s even more than Kenya (66 billion), or the rest of Europe (31), and USA (20) while all their 312 billion liabilities are in Kenya. This was even after they increased euro and dollar assets, and reduced sterling pounds, compared to ’08.

No Gold Standard: CBK gold holdings are just 34 million (less than $500,000) up from 28m year before. In comparison, just this week, India pipped China in the gold race buying $6.7 billion worth of gold from the IMF in hard currency (but is still only 10th largest holder)

[EDIT – at the end of the session, members of parliament passed a motion of censure against the Minister for Finance – Amos Kimunya, MP for Kipipiri]

Live on TV – all stations is the debate to censure Finance Minister Amos Kimunya for his role in the controversial sale of the Grand Regency Hotel.

Before a rather hostile opposition side, He’s just given a statement where he:

– Outlined his long history as an accountant and a crusader for reforms, revenue gains and tax savings for the Kenyan people numerous times such as with De La Rue, pending contractor bills, Safaricom, Telkom Kenya
– On Safaricom – Mobietelea was there long before he was in government or parliament
– On Alcazar – the reputed owner of 11% in Safaricom – he says after Vodafone (K) and the Kenya government, no one else owns more than 1% of the company (after the IPO)
– On the Grand Regency Hotel: it was sold for $45 million {~ billion shillings} in May 2008
– The Central Bank made the sale and was not under duress.
– The ministry of lands, attorney generals office, prime ministers’ office have all received various reports
– More info forthcoming tomorrow