Absa Bank Kenya has rolled out an asset management subsidiary following approval from Kenyan regulators to expand its century-old business of offering financial services in the country.

Anthony Mwithiga, the CEO of the new Absa Asset Management unit, said they would offer fund and investment management for institutions, such as pension schemes, retail solutions for the mass market, and bespoke or personalized services for high-net-worth individuals.

The retail solution will offer investment opportunities through five different unit trusts being, a money market fund for Kenya shillings or US dollars, a bond one, a balanced fund, and an equities fund that people can subscribe to for as little as Kshs 1,000. All the classes will benefit from the data-driven insights, investment professional advice and risk management of Absa that is guided by three pillars of value growth, income generation and value preservation.

The CEO of the RBA Nzomo Mutuku said that that investment management, now with Kshs 1.4 trillion of assets under management, still has great potential to grow and that the performance of these investments is what drives pension benefits in Kenya, not pension contributions.

He said that being diverse had sustained growth even during Covid-19. While there has been a decline in interest for corporate bonds, private equity has gone up (from 0.07% to 0.12% as a share of portfolios) and good returns had also been got from ETF‘s that are about to get a boost from a new class for fixed income, and REIT‘s from new tax laws. He added that, when the shilling depreciates, offshore investments deliver good performance. Another new class is now infrastructure in which funds can invest 10% of assets and they are waiting to see which Public-private-partnership (PPP) projects come online.

The Barclays New Gold Exchange Traded Fund (ETF) is the top performing investment at the Nairobi Securities Exchange this year.

While the NSE has introduced several new products like REIT’s, index futures, equity futures, and the M-Akiba bond, it is the ETF that is shining this year.

The Barclays New Gold ETF was launched at the NSE in March 2017 of 400,000 shares was listed at the NSE in March  2017 at a price of Kshs 1,205 per share. This was a relatively small number of shares for the new investment class. But their liquidity is assured as Barclays buys all the shares that are sold, paying investors two or three days later.

The ETF is ideal for pension and insurance funds and other institutional investors, as well as for individuals and retail buyers, and gold does feature in the portfolios of a small number of high net worth individuals in Kenya. The ETF attracts no capital gains tax and is shariah-compliant.

Gold has traditionally been a hedge for times of turmoil, and with ongoing trade disputes between the US and China, UK’s Brexit, slowing growth in Asia and Europe, and uncertainties of debt levels and weaker currencies in Africa, gold represents a hedge, or point of safety that people turn to as a store of value.  Africa’s largest economy, South Africa is also facing its own capital flight and repatriation issues.

Gold has risen on the back of global demand for safety as the ETF represents the fractional equivalent of the price of real gold bullion. Gold is now ~$1,500 per ounce, up from $1,280 at the beginning of the year. The price has moved between $1,000 and $1,300 over the last five years. 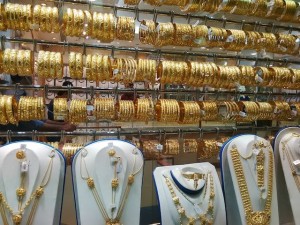 As Nairobi investors have suffered paper losses with NSE share index prices dropping to ten-year lows, levels last seen in March 2009, the NewGold ETF has ascended this year by 21% and is up 25% since its introduction. That’s largely due to it being determined the global price of gold, not by local demand.

NewGold, which is the largest ETF on the Johannesburg exchange, is also listed and trades on share exchanges in Botswana, Nigeria, Ghana and Mauritius.

A new fund offers South African investors a chance to invest in 50 large, non-South African companies that are listed on other exchanges and in other countries across Africa. The AMI Big50 ex-SA AMIB50  ETF (exchange traded fund) was launched at the Johannesburg Stock Exchange on April 20.

The ETF is promoted by investment firm – Cloud Atlas Investing and targets institutional and retail investors, offering them a way to invest away from the Rand and South Africa. The current basket of the fund is composed of Itissalat Al Maghrib (Maroc Telecom) (20.6% of the fund), Coml.Intl.Bank (Egypt) (11%), Lafargeholcim Maroc, Guaranty Trust Bank, Safaricom (4.3%), Nigerian Breweries, Tanzania Breweries, Mcb Group Ltd, Attijariwafa Bank and Delta.

Investors need to have a brokerage or custody account in South Africa to buy the AMIB50 and the fund management fee is a total of 1.17% per year.