EFG Hermes One, the equities trading platform will be available to clients of the stockbroker. The One app has been very successful in other markets, notably in Vietnam and the firm hopes to capitalize on the high mobile phone density in Kenya, reported at 108%.

Speaking at the launch, the CEO of the NSE Geoffrey Odundo said that Kenya has an active retail investor base as seen with M-Akiba, a government bond issued and traded on mobile phones that drew 500,000 investors. He added that the new NSE platform has the ability for “day-trading” and “short-selling” and those would be products that appeal to retail investors.

Muathi Kilonzo, Head of Equities at EFG Hermes Kenya said that retail investors across the globe showed great activity in powering different equities and investments markets while the world was slowed by Covid-19.

In 2017, EFG Hermes launched a greenfield operation in Kenya that has grown to be the top stockbroker by value traded on the Nairobi Securities Exchange in 2021. Last year it was acclaimed as the top frontier research institution and the best broker in Kenya and Nigeria. It produces highly prized research reports on frontier markets with recent ones on Kenyan banks, the silicon savannah potential and digitizing COVID-19 stimulus initiatives.

Download the One app from the Apple app store and Google play store, register to be an EFG Hermes client, and get on board after a regulator-mandated, know-your-customer (KYC) process.

Comparing performance to a year ago, this portfolio is down 50% mainly due to shares sales, while the while the NSE 20 share index is down 28% from February 2016. 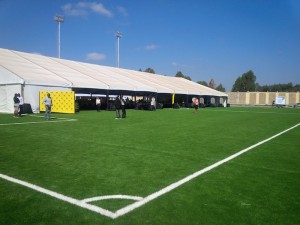 Adel Samy, the  Wadi Degla chairman,  spoke of the rapid pace of their investment, thanks to their local partners, and  that all the buildings and sport facilities had  come up in just nine months, transforming a swamp area into a modern sports and lifestyle club for members. He’s been marketing Kenya for several years, encouraging other investors and spoke at the TICAD business summit last month, to Japanese investors. Other clubs are planned for Uganda, Nigeria,  Cote d’ Ivoire, Rwanda, Dubai, and the  GCC.

William Kabogo, the Kiambu Governor, said his government had approved the club application in a week and urged other to set up in Kiambu where they already have an investor pipeline of $3-4 billion. They plan a one-stop investor centre which will be showcased at a  unique county summit next month. 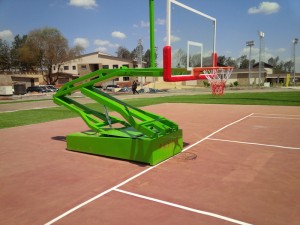 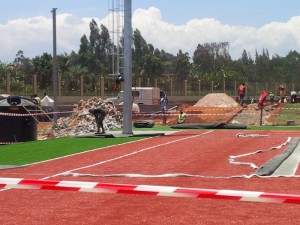 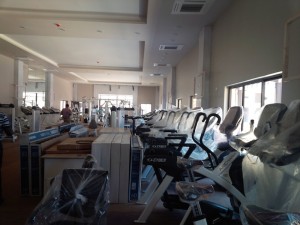 This week, Wadi Degla will open their first facility in Kenya, on 10 acres at Runda, about 20 minutes away from Nairobi, and just off the Northern bypass. The facility is busy now with visitors of media and members signing up inside the offices, while outside,  crews of workers are laying the artificial soccer pitch, the multi purpose fields, walking and running tracks, several swimming pools, installing gym equipment and completing several restaurants. 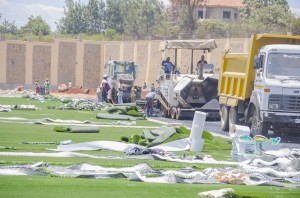 Wadi Degla started in Egypt in 2002, and opened their first facility in 2003 that combines sports, social and leisure aspects. They now have 5 clubs in Egypt with over 600,000 members (from about 130,000 families)

They have also been in Kenya since 2005 in the telecom sector. After Runda, Wadi Degla will have two clubs at Migaa (off Thika Road), one at Karen (at the former Mamba Village) and one on Mombasa Road.

The Runda one will have the largest gym in East Africa which has enough Cybex weights and machines for 200 people to use at a time without waiting or sharing. There will be similar facilities at the other clubs, but in addition, at Migaa will have an 18 hole golf course and an Olympic-size (50 metre) swimming pool, while at Karen there will be facilities to accommodate horses.

Their goal is to have several Wadi Degla club facilities in Nairobi within a half hour of their members. Eventually they plan to be in other towns, and countries (Uganda, Tanzania and Rwanda).  A member of the club gets to use any of the clubs anywhere in the world – so e..g any member visiting or caught in traffic, can stop and exercise, use a gym or get a massage at the nearest Wadi Degla club.

The Runda club is part of Kshs 2 billion investment and members who visit and sign up ahead of the official opening can get a discount or arrange payment plans.