This week we were reminded that there’s been no IPO at the Nairobi Stock Exchange (NSE) since 2008 (Co-Op Bank) and the events in the last few days were the fulfillment of initiatives that companies like Britak and Transcentury had initiated earlier in the year.

Britak: The British American Investments Company Kenya kicked off their IPO this week. The group had Kshs 9 billion in income, and pre-tax profit of Kshs 2.8 billion in 2010. With group assets of Kshs 25 billion, it is second only to the ICEA at 27 billion.

They are being sold at Kshs 9 with an allocation criteria of 30% East Africa retail, 30% foreign, 37% institutions, 3% employees, agents, and individual policy holders and can be obtained at British American branches, Equity bank , Standard Chartered (and partner Postbank), NIC, CBA banks and stockbrokers. 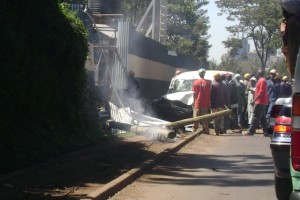 Of the Kshs 5.9 billion to be raised, 1 billion will be for regional expansion (Tanzania, South Sudan, Rwanda), 1.2 billion will be for Kenyan operations (set up a frontier investment fund, new branches), 2.5 billion for the housing & mortgage sector aimed at affordable housing models, and 750 million will go to pay off a loan at CBA bank that was used to purchase shares in Equity Bank (Britak own 11% of equity and 16% of housing finance banks).

The Britak IPO runs from 12 July to 5 August and they have also reached out to bloggers, with forums and their own blog posts such as this tale of their CEO’s initial investment.

However, there are some concerns that with their 45-year history and strong brand name (-pay Kshs 18 million a year to British American), this is a retail magnet IPO and the sale of 650 million shares (30% of the company) is likely to be over-subscribed, and the dividend paid (Kshs 200m in 2010) is likely to be safaricom-ish (small)

Transcentury: The investment group which has had a spectacular climb and string of investments, most notably with East African Cables listed their shares at the NSE on July 14.

Their shares had been trading at an OTC exchange and were listed at the NSE at Kshs 50, which worked out to a P/E ratio of 38 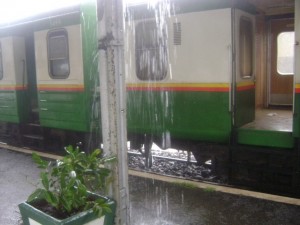 The Group also has a Mauritius convertible bond issued to finance the restructuring of Rift Valley Railways and investment in geothermal and other energy projects, but which also has the potential of diluting investors shareholding by over 1/3. (150 million shares available to bond holders over the next 5 years prices between 40 and 50)

Still, Transcentury has been am inspiration to other investment groups, albeit not as well connected to initiate projects with more risk such as energy real estate, and offshore. The introduction is budgeted at Kshs 20 million (220,000 – CMA 5M, NSE 1M, advisor 8M, stockbroker 4M) and the PDF prospectus is ‘protected’ so you can’t copy sections of it.

Family Bank: Their long dalliance with the NSE is about to be fulfilled as their shareholders will next month approve a listing at the exchange. They will also vote on an ESOP for managers and 1 % transfer of shares of the company to the new CEO. It has since emerged that he is purchasing the shares at a discount as part of his employment package.

Stima SACCO: Away from NSE is Stima SACCO that is in the process of raising funds of about Kshs 500 million ($6 million) . They have advertised in newspapers (even on TV), which may land them in trouble with the CMA, for selling shares to the public without adequate information. At Kshs 100 per share, individuals can buy 200 shares at a minimum (Kshs 20,000).

Kenya Airways: Nothing yet from the airline who were expected to approach shareholders for new funds. The government has allocated funds to invest and defend their 26% stake an the airline which has since signed a deal for new Embraer aircraft to grow their African footprint.

The Rwanda government owns 66% of the bank, and the other 1/3 are owned by the social security fund of Rwanda. 16 billion francs ($27 million) will go to the Government for reduction of its shareholding and 20.8 billion francs ($34 million) will go to the bank to reduce its assets & liabilities maturity gap and grow its loan book and operations (from 33 to 60 branches). This will result in new shareholders owning 45% of the bank, the government 30% and the social security fund with 25%

Other: The IPO prospectus lists
– lawyers acting for the bank, number of cases they have and prospects of loan recoveries
– lawsuits filed against the bank by name (former employees, debtors opposing auction)
– list of subcontractors and related partners such as visa card providers, SMS partners, providers of credit reference and lines of credit etc.
list of properties owned and rented by the bank and rent amounts. Also Rwanda depreciate building over 5 years, after each revaluation

Risks & Exposure – one of the operational risks is scarcity of qualified personnel in Rwanda
– commerce restaurants & hotels account for 46% of the bank portfolio while construction was 29%. Also 11% of loans were to a single group and records of large are available for review to persons who sign non-disclosure agreements
– Kenya is the country’s largest trading partner: Rwanda exports 33% to Kenya and imports 16% back.

Staff: – All staff are entitled to bonus and in 2010 this totaled 8% of profit, which that was shared by 441 staff (out of 454), and the average award was $3,200.
– The bank also runs an in-house dispensary and provides full medical cover to staff and 4 dependents
– The oldest director was born in 1960, the youngest in 1977. At senior management, the managing director is the oldest employee at 54, while the head of finance is the youngest at 31.

new corporate activities at the Nairobi Stock Exchange include

They are aiming for the IPO in 2011 to finance their diversification into micro-insurance and bancassurance as well expansion to Tanzania, Rwanda and south Sudan. They are yet to obtain shareholder and capital markets authority approval. Group Managing Director Benson Wairegi said they have alerted the CMA, but are yet to submit documents until their shareholders approve the process

Kenya’s capital markets rules require 3 to 5 years profitability before a company can list, though @coldtusker disagrees with that saying smart investors should be allowed to decide a company’s prospects regardless of their recent profitability.

TransCentury: Also up for possible listing is TransCentury which was founded by a Group of prominent Kenyan investors who expand into the limelight when they acquired East African cables in 2004. Since then they have taken stakes in Development Bank of Kenya, Kenya Power & Lighting company as well as Rift Valley Railways

Their 2010 highlights and 2009 detailed accounts show;
– High finance costs eating into profits and need to pay down debt
– Strong shillings bad for there profit 170m impact,
– Kshs 1 billion invested in 2009, down to 50 million in 09

In anticipation of a NSE listing, they made moves such as:
– 10:1 share split in October 2008. Now has 263 million ordinary shares up from 20 million after bonus, split, and new issues
– Paid a dividend of Kshs 13 million in 2009 (DPS of Kshs 0.05). For 2008, it was 29 million, which was part paid in ’09
– According to the East African in Feb ’11, Transcentury shares were trade at an OTC market run by Dyer & Blair at Kshs 35 per share compared to Kshs 48 in 2010.
– Seem to manage regional diversification better than Olympia did and which Centum is now trying to do

Kenya Airways: Is likely to seek to raise capital from its shareholders this year on advice from their directors and CFC Stanbic who are their financial advisors.

Regional: In Tanzania, Kenya Airways is ceding a steak in Precision Air, which is seeking to raise almost $30 million, in an IPO, but indications are clear that Kenyans will be locked out as will other non-Tanzanians.

From Rwanda, we have the prospect of more share listings from two companies – Bank of Kigali and MTN Rwanda, and following in the footsteps of Bralirwa who’s IPO was open to all East Africans.

Earlier this year, EA Cables made another astounding 17 shilling jump on an even smaller volume of just 1,000 shares.

A South African banking regulator believes that absorbing Barclays Africa operations in nine countries (including Barclays Kenya) would be “too much to chew” for Absa. This is part of the second phase of the Barclays Absa merger.

Also at the NSE

Consolidation at REA Vipingo
The Robinow family (UK) has applied to the Capital Markets Authority (CMA) to increase its stake in Rea Vipingo plantations from 21% to 57% by acquiring shares from REA Holdings (for Kshs. 94 million) and Unitbuckle Holding through a private transfer. They are appealing that the effective takeover be classified as a consolidation and not as a takeover and intend for the company to continue trading at the NSE.

Serena: Wednesday, February 15, is the deadline for Serena shareholders to participate in the company’s consolidation.

EABS Bank intends to reduce its share capital from 1,662.5 million to 1,112.5 m shillings and a court hearing will be held on February 28 in this regard.

The Les Aspin Center for Government is inviting a select few Kenyan to a 6-week training program on anti-corruption and good governance to be conducted in Washington DC in August and September 2006.

Candidates: Must be Kenya so over 25 years (if university students over 21 years) with not less than 2 years relevant work experience e.g. at government agencies, civil society, human rights, women development, education, print & electronic media, or to do with public or private accountability.

Applications: Deadline is March 17, and send pack (application letter, 2 letters of recommendations, p.copy of passport, current org. info, CV and 200 – 250 word statement of purpose on how training will benefit the candidate & society) to the Les Aspin Center for Government P O Box 50309 city square Nairobi. (apply only to Nairobi & by snail mail)