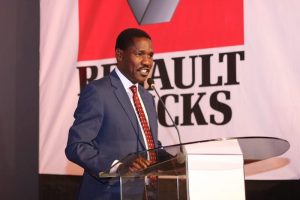 Compared to one year ago

Auto’s: – This week Al-Futtaim held a press conference to reaffirm their commitment to African market that is being spearheaded by their takeover of CMC  in Kenya.  More than anything the event was meant to showcase that the group founded in 1930,  but which few in Kenya had heard of before the deal, is a serious legitimate company (unlike shadowy China Road & Bridge that has a $3.8  billion contract to construct a standard gauge railway in Kenya.)

They have several car franchises 65 years of Toyota in UAE, Volvo, Honda vehicle assembly parts & service, used car business  and is also in engineering, financials services and the retail mall development business in the Middle East  and Asia

Al Futtaim  are long-term investors will retain the CMC brand as it has a 65 year good history that will overcome the last two bad years . But they will de-list the company as they believe that being a private company will give them the flexibility to move faster and reclaim customers and brands that have been lost such as Land Rover.

Interestingly, the opportinuity to buy CMC was presented to them by one of their banks who knew of their interest in Africa. The company then had to work very hard to meet and bring the feuding key shareholders on board to back the buyout.

Scania East Africa Limited  have taken over the purchasing, importing, assembling, fitting out, selling, servicing  of trucks, buses and chassis in Kenya that was previously carried out by Kenya Grange Vehicle Industries.

Merali and Sameer complete buyout of 14.9% of Firestone’s stake in Sameer Africa.

CBA returns to Uganda after 47 years.

Fina Bank has changed over its operations in Kenya, Uganda and Rwanda to GTBank East Africa after Guaranty Trust Bank concluded the acquisition of a 70% stake in Fina Bank Group for $100 million through combination of a capital injection and acquisition of shares from Fina Bank shareholders.

Kenya’s  competition authority  has approved the acquisition of 73.35% of Genesis Kenya by Centum Investments.

Art Caffe acquired Dormans increasing their outlets from 4 to to 11 and giving them a presence in more shopping malls like Yaya, Karen and City Mall in Mombasa where Dormans had shops. However the Art Caffe were rankled by a quite in a local newspaper referring to their customers as being upmarket compared to Dorman’s ones.

EDIT: Kenya’s  competition authority  has now approved the acquisition of 7 coffee shops of Dormans by Art-Caffè.

Kenya’s  competition authority  has approved  the acquisition of Rafiki Millers  by Tiger Brands.

A Netherlands-based private equity fund, TBL Mirror Fund, has bought a minority stake in a high-end Nairobi salon chain that is seeking capital to expand across East Africa.

Kenya’s  competition authority has approved the  acquisition of 66.38% of Phoenix of East Africa Assurance Company Limited by Mauritius Union Assurance

Precision Air  of Tanzania seeks a bailout from Kenya Airways?

Ambani reports a Kshs 2 billion profit from Kenya real estate.. Ambani’s Reliance Industries in 2007 entered into a joint venture with Delta Corporation, which has developed high-end office blocks and a mid-to-low cost residential estate in Nairobi. Delta Corporation now says it plans to exit its real estate investments to venture into hospitality and gaming businesses.

Essar to finalise sale of its Kshs 8.5 billion Yu stake in March ..the firm says it needs the Sh8.54 billion immediately and more cash in the short term to widen its footprint in Kenya and upgrade its network from 2G to 3G.

Essar also faces a Kshs 430 million hit in its Kenya oil refinery exit ..the government and Essar Energy Overseas are engaged in compensation talks following the Indian firm’s decision to exit the refinery.

Agriculture: At Rea Vipingo, Bid Investments withdrew their offer and have signed up with Vania Investments who are offering a new Kshs 55 per share  bid – worth Kshs 3.3 billion ($39 million) –  for the company that will leave it listed at the NSE

There’s a potential change in ownership, at MyStrawberryStore

of My Kenyan Network Limited by African Jobs as the two have a combined turnover of Kshs 12.6 million

Pepsi came to Kenya and took on Coke but have not made much impact. They are now saying that has Coke been unfair ..PepsiCo says that rival bottle has been curtailing its marketing campaigns geared at gaining a larger share of Kenya’s soda market in the complaint to the Competition Authority of Kenya (CAK).
Synovate directors risk jail, hefty fines..Competition watchdog asks Tobiko to prosecute Ipsos-Synovate’s chiefs for failure to seek regulatory approval of the firm’s acquisition of its predecessor Synovate.
In South Africa The Competition Commission plans to address anti-competitiveness between retailers despite concluding its exclusive lease agreements probe.
The investigation established that the respondents (3 supermarket chains)  were dominant in certain local markets and that they would often compel landlords not to deal with competitors (by entering into exclusive lease agreements with landlords in return for agreeing to ‘anchor’ the centre). 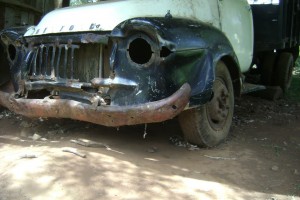