The banking interest rate cap came into effect last week and some banks, like Coop and KCB have set out to comply with the new rates for new loans. But some people have been saying that they will shift to SACCO’s if banks cut back on borrowing that they consider too risky to make at below the 14.5% set by the new law. 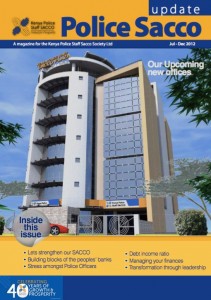 But SACCO’s won’t really replace banks.  SACCO’s (savings and credit society societies) in which members register, save, and borrow are very good vehicles for customers who understand their needs and have definite investment goals. They are able to borrow loans, at lower rates than banks and often without the need for collateral, usually by having other members guarantee each other.

But the amount members can borrow is  limited, usually by how much they have saved (you cannot borrow more than five times your savings, how much they have outstanding or how many loans they already have. Also you can’t borrow until you have been a member and built up savings for about six months. They require regular deposits, usually each month so this work with salaried people or disciplined savers. They also work well with rural societies and farmers, though some in sectors like coffee have been plagued by debts following crop failure or society mismanagement.

Finally, some SACCO’s uch as Mwalimu, Harambee, Kenya Police, and Afya have over ten billion shillings in assets, but most SACCO’s are smaller than banks and don’t have the credit to lena or range of products that banks do to lend to millions of borrowers. While some SACCO’s have bank-like services like cheque books, and debit cards, they also don’t have the range of financing – trade finance, overdrafts, credit cards that  bank customers are used to.

A well-meaning Kenyan has taken a petition to parliament, asking it to disband credit reference bureaus. He complains that they  have listed more than 700,000 individuals in their database as defaulters..causing a lot of anguish to the listed individuals as they are unable to access financial facilities from local banks

Credit reference bureaus have been operating in Kenya for about five now, and this petition comes at a time when many banks have heavily increased their provisions for bad debts in the year 2015.

Commercial Bank of Africa (CBA) recently infomed their customers about changes in their savings accounts. They quoted market & customer research, and recent amendments to the banking act which required that banks are to pay interest on savings accounts as long as customers maintain the account minimums and banks are not to levy charges on saving accounts, or fixed deposit.

CBA resolves this matter, by giving their savings account customers two options to convert their accounts into either
– A low cost account transactions account (called Freedom) that charges 200 shillings ($2.67) per month but comes with unlimited ATM withdrawals and a waiver of first year of a credit card fee.
or
– A Savings account (called Nufaika) that has a minimum balance of 3,000 ($40), pays interest semi-annually and also comes with the offer of a personal loan amount bases on 75% of savings. It has not fees, no bank charges, but interest will only be paid on balances above 30,000 shillings ($400)

And while CBA is not known to be a low cost bank, they will by default, move all their savings accounts holders into the Freedom a/c (i.e. (low balance, no interest paid out, but steady monthly income for bank), unless the customers opt for the Nufaika a/c option.

CBA is being upfront about the banking act, something most banks are not being forthright with their customers about. Banks have a variety of charges levied against savings accounts including withdrawal of cash over the counter or by ATM, a fee when the a/c balance drops below the ‘minimum’, interim statement (per page), new ATM card or replacement, and closure of account. All this means that the banks profit from charges while depositors have holes through which their savings leak out instead of grow 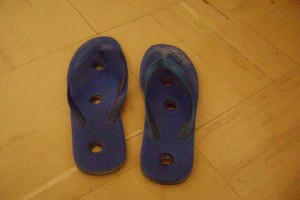 bank charges are savings holes
The relevant clause on Savings Accounts in the Kenya Banking Act (PDF),is 16 (A) which states:

No institution shall impose any form of charges on a savings, seven day call or fixed deposits account. and an institution shall, in respect of a savings account, pay interest accruing, to that account as long as the minimum balance is maintained.

CBA is complying now, but its’ clear that banks have been flouting the act for some years now, despite repeated pronouncements for them to comply with the savings rules.

The Central Bank Governor has also made futile calls for banks to increase their deposit payment rates to match their lending rates, or vice versa – lower their lending rates (12% to 25% to be in line with the low rates they pay on deposits (2-7%)

What savings account charges (if any) are levied at your Bank?

A formal statement is out today after Monday’s press conference where the bank’s management revealed that through their 2008 IPO, Co-op Bank had raised Kshs. 5.4 billion (~$77 million) but short of a revised target of Kshs 6.7 billion as 66,576 shareholders bought 546 million shares. The Business Dailyreports the shares will be allocated 60% to individual investors (340.5 million shares) , 30% to institutions (171 m shares ) and staff will get 9% (52.6 m shares)

Capital raising: the offer was not underwritten (by D&B winner – best lead transaction advisor and best investment bank), but despite the shortfall, what was raised should be enough for a few years. Co-op’s capital adequacy goes from 9% to about 18%, which is not bad [10 billion would have taken to this to 22%]

Other banks that have been reported to have engaged in recent private capital raising include K-Rep and Southern Credit while others who may need to tap shareholders next year could Chase, CBA, CFC Stanbic and even KCB (for the third time in five years?)

Glass Half Full: Though Co-op had initially set out to raise Kshs 10 billion, their listing came at a tough time and was not received as enthusiastically as past IPO’s. Still it had some positives but came in a tough market before the target was revised down, but has some positives

– For the bank: 66,000 shareholders is a manageable register , and since they did a lot of the placement and receiving work in house, the IPO was not as costly as others (budgeted at Kshs. 248 million)
– For new shareholders: no refunds to queue for, and for once a 100% allocation
– For other serious investors, a brief return to sanity as the IPO speculators with their borrowed funds kept away – Co-op was the fall guy that injected some reality back into IPO process and share investments.

2009 IPO’s: Next year could see the entry of Nakumatt supermarkets, bread maker a DPL and others from the private sector.

From the public sector (Government side) comes a series of planned privatizations a few of which could be IPO candidates to assist the Government in fund-raising:

Top of my my wish list is Kenya Pipeline, whose much improved governance saw a consortium of banks line up this month to offer the company funds for expansion (a few years ago KPC was using dubious financial intermediaries) and Kenya Wine Agencies. In addition, more shares of Kengen East African Portland Cement Company and National Bank will be sold to the public.