In July the Cabinet Secretary for Devolution and Planning gazetted rules for governor transition. Governors came into office in 2013, and this month, most of them stood for re-election as incumbents, for a second (and final) year term 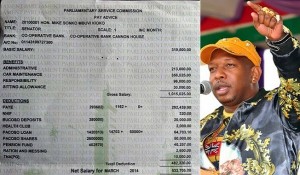 Sonko in transition from Nairobi Senator to Governor.

The rules called for:

1 thought on “Governor and County Transition 2017”