Last month, Ethiopian Airlines announced that the Ethiopian government had decided to create a new Aviation Holding Group that would include the airline as a centre point.

It will promote customer services by a marriage of passenger inflight experiences with service on the ground at Addis Ababa, Ethiopia. The model seems to be along the lines of Dubai, and is one that Kenya Airways management has lamented about the need to also have at Nairobi –  and getting Kenya’s national airline aligned with other sectors of the airport and city for Nairobi to be a true aviation hub. 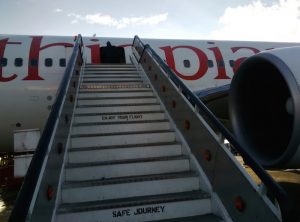 The ultimate aim is to upgrade the customer experience at the airport to meet global standard and thereby making ADD (Addis) airport the best connecting hub in Africa.