Have you been getting more and more visits from the water meter crews from Nairobi Water (NCWSC), demanding payment?

For years, I’ve been paying every month the same amount of about Kshs 500 (~$5), without seeing my bill, but of late, the bill has always remained over Kshs 1,000 even when I have paid twice within the month. One day they even came around with a bulldozer which they told area people was to yank out meters from people who have not paid.

So I had some tweet chats and went  to the NCWSC offices and found out some stuff: 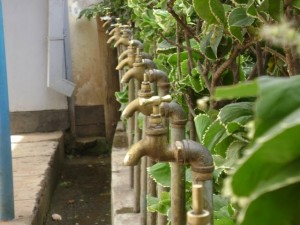 Even with the new water rates, getting water from the NCWSC is a lesser evil than paying for your lorries, but…