Africa Practice has released a report on Kenya banking after great changes in the last year. The report summaries  the concerns  of leaders at banks as: 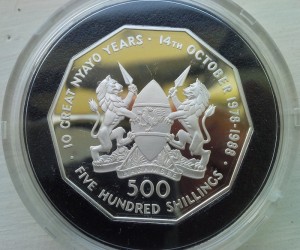 The report was done before the unexpected the signing of the of the banking amendment bill that has borough even more turmoil to the sector, and which has certainly made Kenyan banking less attractive to investors.

(excerpt) ..While there is still much uncertainty regarding the details of how the law will work, of this much we can be confident: it’s bad for banks, and it’s considerably worse for Equity Bank than it is for KCB in our view.

Cytonn Investments:  Published their half-year banking analysis report which looked at the top listed, and unlisted  Kenyan banks.  They found that  KCB has the highest potential return, followed by Housing Finance, Cooperative, Equity and Diamond Trust.

(excerpts) ..there could be some negative effects as result of the interest rate cap but this is not expected to significantly affect banks’ earnings. Also that ..deposits grew faster than loans..levels of NPLs (i.e bad loans) remains a concern..regional operations (mainly South Sudan) under perfomed..we think that the sector has become fairly attractive for a long-term investor.