This week, FSD Kenya released  Financial Access 2016, their fourth report, after others in 2006, 2009 and 2013. This year is the 10th anniversary of FSD Kenya, and much has changed since the first survey was done back in 2006 which showed that 40% of Kenyans were excluded from financial services.  The Financial Access report will now be done annually, and will feature in the national statical publication – the Kenya Economic Survey, from April  2016 onwards.

Central Bank Deputy Governor, Sheila M’Mbijjewe, said that she was happy that the report drilled down into trying to understand the differences in financial access and usage between men and women, and between rural and urban residents, but that the government would now like to see more from mobile money in terms of quality of financial products and impact, as access and usage are no longer enough. 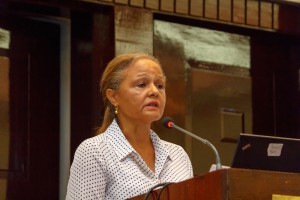 She also said that the study’s finding that 75% of Kenyans have financial services access, was higher than the USA figure of 67%. Another important finding was that, while cash remains king as a payment option for a majority of the population, 59% of Kenyans now have more than one way of paying for things – compared to 18% in the first survey.