Found an annual report from Diners Finance from year 1989.  Just 12 pages long, it ended in November as the institution commenced operations on 1 December 1988.
Other excerpts 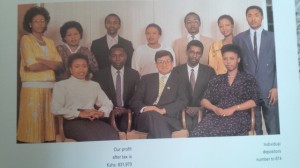