This week saw Nairobi host the 10th Ministerial Conference (MC10) of the World Trade Organization (WTO). It was a very well-organized event with the main conference at KICC and side events held at nearby hotels around there. 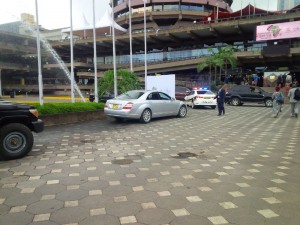 Downtown Nairobi was on lockdown with a roped off sections around the conference zones with extra security and only authorized pedestrians and cars allowed. There were about 3,000 delegates from 160 countries  and with many varied expectations on outcomes from the week

I found myself spending more time at the TDS– Trade & Development Symposium. Many leading country delegates who were experts on various issues like trade negotiations, agriculture subsidies, government policy were invited and gave talks in specialize sessions after which there were Q&A sessions:

Here are some notable  moments from the #TDSNairobi #MC10