The Central Bank of Kenya has appointed the Kenya Deposit Insurance Corporation (KDIC) to manage Imperial Bank for a year following their awareness of unsafe or unsound business conditions.

Unlike previous banks, liquidity appears to not have been a problem in the decision, and the bank has just raised Kshs 2 billion (~$20 million) via a 5-year, 15% bond that was to list today at the Nairobi Securities Exchange. 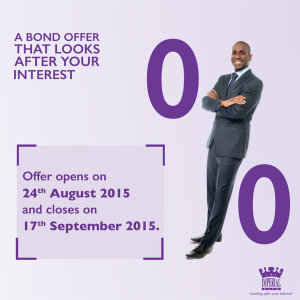 Imperial was Kenya’s 18th largest bank, with assets of almost Kshs 57 billion last year, including deposits of 47 billion, loans of 31 billion and had a pre-tax profit of 2.7 billion ($27 million) in 2014.

Another blog on the intrigues at Imperial notes that the shocking development comes against the backdrop of the death of the bank’s group managing director, Abdulmalek Janmohammed, on September 15, 2015 of a reported heart attack.

EDIT: The Central Bank and the Capital Markets Authority released a joint statement