Last week saw the announcement of two new regional investment opportunities – one a new bond offer in Kenya and the other – an IPO in Tanzania – that both close on July 4.
BritAm Bond: Kenyan financial group Britam announced a Kshs 6 billion ($69 million) bond  which will be two tranches starting with an initial target of Kshs 3 billion.
Some excerpts from the bond prospectus
Swala Energy: Swala Oil & Gas(Tanzania) aim to raise between TZS 1.6 billion ($969,000) if they sells 3.2 billion shares and TZS4.8b ($4.8 million) if they sell 9.6 billion shares at TZS 500 each. The Offer is conditional on the Company achieving a minimum subscription of 3,200,000 Shares under this Prospectus, to raise TZS 1,600,000,000 (before expenses of the Offer). The Company may decide not to allot any shares and repay all application monies or seek a no objection to proceed with the allotment, in case the minimum subscription is not attained. 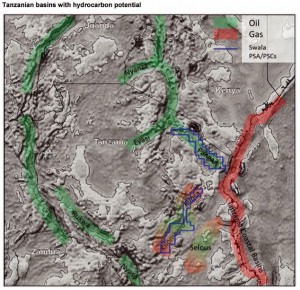