A new unsecured card solution was launched by afb last week that will allow customers to instantly spread the cost of their purchase at participating shops into affordable 6-month repayments. afb have signed up 52 merchants like Baus Optical, Cambridge Opticians, Fabguru Shoes, Kitengela Glass, and local supermarkets (Tumaini, Home Depot, Homemade) and are also signing up other merchant shops where consumers will be able to apply for cards and get them approved & issued in the stores ahead of making a purchase.  afb settles the transaction amounts directly into the retailer’s bank account, and the customer makes repayments via M-Pesa. afb next hope to venture into loans and insurance in Kenya.

How large is the card market? A Central Bank of Kenya reports showed that there were 9 million debit cards and 140, 000 credit cards in use in Kenya in 2012.

CBK has also come up with new mobile money rules that target money laundering. They require that operators link different accounts opened by a user with a single ID card, flag accounts that move more than Kshs. 100,000 (~$1,175) per day or 300,000 (~$3,530) per week, have audit trails, institute systems to handle customer complaints and retain transaction data for 7 years.

KCB and Western Union who have an account-based money transfer service (ABMT) in Kenya will extend it across East Africa this week, enabling KCB customers to receive money from Western Union directly into their accounts.

Kenya Airways has a 1.5% fee on all credit card transactions (owing to high processing bank charges).

Following a spate of fraud incidents last December, the Kenya Bankers Association (KBA) has launched an ATM safety campaign dubbed “Be Alert” or “Kaa Chonjo” which include tips such as cover the PIN’s with their hands (at ATM’s), and not sharing PIN numbers with anyone (including spouses).

KBA also announced the shift by Kenyan banks to the new Europay, MasterCard and Visa (EMV) technology to ensure better security of cards.

90% of KenyaPower pre-paid electricity tokens are now purchased using #Mpesa – according to a Safaricom Business ad.

Diners can now pay restaurant bills via M-Pesa under a new partnership between Kopo Kopo, Eat Out and Safaricom. Restaurants accept payments at 1.5% per transaction. 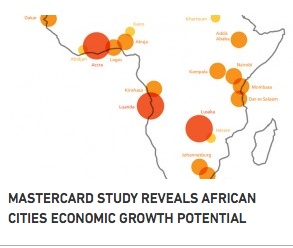 Mastercard and I&M Bank launched a multi–currency (Dollars, Pounds, Euros) prepaid card which enables users to load up to $10,000 and make foreign currency purchases without incurring exchange rate or other charges.

Credit reference bureaus like CRB Africa and Metropol are expanding across East Africa.

The inaugural Mobile Money Africa Awards will be held in Johannesburg next month, to award the best mobile money app, mobile banking service, and mobile money platform for Africa, among others.

Nation Hela launched last year has 8,000 active cards in use.

With PesaPal, Kenyans in the Diaspora can send school fees payments directly to 12,000 schools in Kenya using their credit cards (no need for money transfer service).

Shell Kenya have a visa card promotion to encourage motorists to swipe their cards and pay for fuel The platform is powered by Equity Bank POS at all Shell stations, and station owners are not charged commissions for card sales (Shell pays all commissions).

Tangaza321 is said to be the second largest mover of mobile money behind M-Pesa. The Tangaza system uses biometric data (fingerprints) as many customers don’t possess national ID cards and allows them to send money across all networks, even to people who don’t have mobile phones.
A team with the University of Nairobi’s University Students Community Organization (Uniscoo)  has developed a prepaid card for university students. Uniscoo which has 25,000 students seeks to encourage good money management among students through the use of the prepaid card powered by MasterCard.
Tweets by bankelele