The Kenya Competition Authority recently approved for several corporate deals to be completed. Some of them were mere rubber stamping formalities, as the deals originated far away or had little in the way of local competition that would compel the authority to intervene.

They covered a variety of sectors including:

Agro-Processing
Oil & Mining
– Acquisition of 100% of Cove Energy Plc by Shell Exploration & Production (Thailand)
– Acquisition of  100% of Dominion Petroleum by Ophir Energy Plc.
– Pacific Wildcat Resources Corporation acquiring 100% of Stirling Capital  (UK) and Cortec Pty (UK)
– Elsewhere, there are new (and controversial) that have been proposed that mandate for local shareholders to own 25% of petroleum companies and 35% of mining companies (read more)
Money & Finance
Tourism
Manufacturing & Engineering
Service 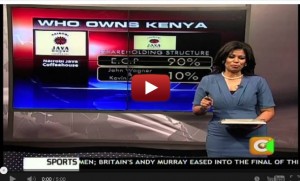 Other ongoing deals, yet to be concluded include: