Investment opportunities in Ethiopia: The country with 85 million is larger in size than Spain and France combined. Zemedeneh Negatu of Ernst & Young explained that it is the fifth largest economy in Africa (behind South Africa, Nigeria Angola, Sudan), and as one of the fastest growing economies (with an annual target of 11%) it is poised to, by 2025, be the third largest behind Nigeria which will be tops, and mature South Africa.

This is due, in part, to the large young population (now 85 million, but projected to reach 120M in the next decade), and the potential there as Ethiopia is one of the least urbanized, and they have a target to electrify 75% of the country in the next decade – following the path that the Chinese and Indians followed.

Sectors with large potential for growth include agriculture (a lot of Indians and Chinese are investing here after the Government allocated 3.6 million hectares of arable land for foreign investors (size of Belgium) – but he qualified that, adding that while this was about 5% of arable land in Ethiopia, NGO’s had latched on to that as a land grabbing

Others were manufacturing (Ethiopia’s average manufacturing wage is $80 compared to $430 per month in China and there is a lathe industrial park being set up outside Addis to capitalize), infrastructure ( $155 billion), mining, oil & tourism.

A big source of funds are Asia (China, India), then the Middle East, then Europe and then the US and he mentioned two large beer deals had been recently signed by Diageo and Heineken. The Ethiopian diaspora investing but not substantially, yet. 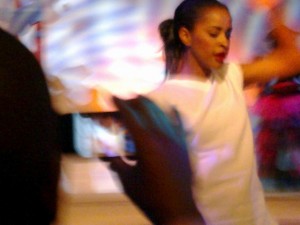 Later the head of Omega Farms, a returnee from the Diaspora, spoke about the potential of Ethiopia’s agricultural sector where there is good availability of fertile land that can produce year round, and a variety of climates in the country, that meant that every conceivable green food could be grown. But he also spoke about the current paradox of her & other African countries that grow fruit but buy juices packed in Dubai or of knowing that some foods are exported from Ethiopia to Europe, only to be re-packed and re-exported to West Africa.

– The future is bright with at a time when the air boundaries are reducing with Ethiopian Airlines able to reach the Middle East, Europe and most COMESA markets with short flights (They recently ordered 777 freighters that can carry 90 tons or fly non stop to Beijing), or 12 – 18 days by sea to most world markets. There are also opportunities to produce flowers, fruits, nuts, and seeds for exports and local markets (next to Mexico, Ethiopia is one of the largest growers and consumers of corn and chili).

Mo & Me: In the afternoon Salim Amin previewed his award–winning movie Mo & Me about life with his father, the late photo-journalist Mohammed Amin. It was poignant because it was in Ethiopia where Mo Amin’s powerful footage brought him his greatest fame, but it was also where he lost one of his arms (and the film we learn that this probably affected his later career), and he made his final flight from here as he died when an Ethiopian Airlines flight was hijacked and crashed into the Indian Ocean.

Salim Amin was an only child who worked, reluctantly, with his father and after Mo’s death, he inherited the company, which he runs to this day. Salim spoke quite a bit about this and you have to admire that he has kept the company going for 15 and used Mo’s film to introduce a new worldwide audience to his late, distant, Dad.

Perhaps, as an only child he had that obligation, but time has played into his hands as the content that his dad accumulated (3 million photos and 20,000 hours of video over 30 years) is a massive archive that may have immense value once he completes the challenge to digitize, caption, archive and re-produce it in meaningful ways, perhaps in the educations sector.

((Sadly, for me, another large company I was familiar with is facing the auctioneer’s hammer less than two years after the death of the family patriarch & founder.)).