It is now widely accepted that there are ‘diseases for the rich’ or ‘western diseases’ and ‘diseases for the poor.’ A World health organization’s (WHO) 2011 report published in June 2011 which analysed the top ten killers in the world showed that, the rich are most likely to die from strokes and heart-related diseases, while the poor are likely to die from pneumonia and diarrhoea.

Also in June, Kenya’s Daily Nation newspaper published an article derived from the WHO data with a catchy title ‘The rich more likely to die from heart disease’. Does it mean wealth is a disadvantage to health? No! – The ‘real wealthy’ are not the victims of heart diseases but the ‘average rich’.

When health and wealth are put in the same sentence, it is very important to differentiate between those that are in high income, middle income and low income categories. According to WHO report, highest number of those that die from ‘western diseases’ are from medium income countries as opposed to high income countries. This is contrary to the notion that wealth per se is the risk factor for heart diseases.

Out of 1,000 deaths related to strokes and heart-related diseases;

The WHO also found that while the USA is in the high-income category, the majority of Americans who succumb to strokes and heart-related diseases are the less wealthy. Other University research in the US found that when they compared wealth and prevalence of obesity, hypertension and related diseases, there was an inverse relationship between wealth and these diseases – meaning that less wealthy were more likely to suffer from them than the wealthy.

To understand why the middle-income populations are most likely to suffer from stroke and heart-related diseases, it is essential to outline the key major and contributing risk factors. Major risk factors are those that have been proven to increase risk of heart disease and these include high blood pressure, high blood cholesterol, diabetes, obesity, overweight, smoking, physical inactivity, heredity and age. Contributing risk factors are those that doctors think can lead to an increased risk of heart disease, but their exact role has not been defined and these include stress and alcohol.

Clearly, the major and contributing factors of heart diseases are results of lifestyles. The poor cannot afford these lifestyles, however, as they say, ‘poverty is not permanent’.

• Low-income populations work extra hard to get out of the lower income cadre, while envying lifestyles of the middle-income populations.
• As soon as they join the middle-income category, they desperately imitate what they perceive as lifestyles of the rich. That is; eating on the go, consume fatty foods, processed foods, ready to eat foods, smoke, have high alcohol consumption, and assume sedentary lifestyles.
• On the other hand, the high-income countries have always enjoyed these foods and lifestyles while in the middle-income category and they have witnessed first hand the adverse consequences among their populations and peers. The rich countries are cutting on deadly foods such as high saturated fats, processed foods, high alcohol content drinks and sedentary lifestyles. Meanwhile, the emerging economies and the middle class among rich countries are embracing these renegade lifestyles full throttle.

‘I have to enjoy life’, ‘I don’t have to live a boring life’, and ‘I have to live like a rich man’. These are common justifications among the middle class when engaging in life shattering lifestyles 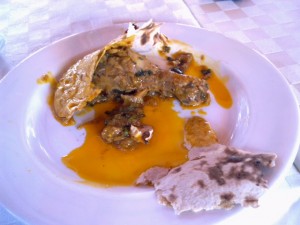 Overcoming Risks Posed by Wealth to Health: Many will argue that with wealth you can afford the medication. However, health is not a financial muscle competition and prevention pays dividends than struggling to cure.

Understanding the consequences of different lifestyles brought about by wealth is key to coping well. The majority who move from low to middle-income category of wealth are ill-prepared to cope with what wealth throws at them. It is important for governments and other agencies to educate their people on the relationship between health and wealth and if possible entrench the course in school curriculums.

A guest post by Joshua Arimi of Arimi Foods