Parliamentary Transcripts: This week the, the National Council for Law Reporting – [NCLR, a state corporation charged with publishing the law and judicial opinions of the High court and Court of appeal) in partnership with Google Kenya launched digital versions of the Kenya Parliamentary debates – or Hansards dating back to 1960. These are the official records of debates in Parliament and enables historians, scholars, researchers, students, and citizens to read up on mundane debates and historic moments – such as January 15 2008, when parliament was re-constituted for the election of a speaker and the swearing-in of new members, with a lot of unprecedented procedural side-shows. 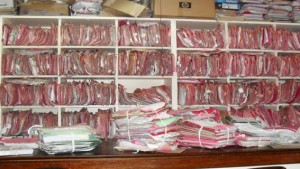 The publication of the Hansards on Google books radically changes the ease with which information on parliament is obtained. The Business Daily has an article on the challenges of obtaining Hansards previously. “Until Thursday, they were only available to the public in hard copy at a fee after a visit to Parliament’s library. One also needed to have prior knowledge of the year and month in which that issue was discussed and the edition of the Hansard in which it was recorded.”

Now about 2,000 editions of the Hansard comprising 134,000 pages have been converted into 8.5 GB of data on Google books and is indexed and searchable, while still in magazine style & original font of the current Hansards for easy accurate browsing & navigation. 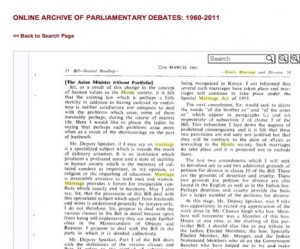 Government Bible: Also, two months ago, (in April 2011), the same partnership resulted in the publication on Google Books of over 100 years of the Kenya gazette. This is the ‘bible’ of the Government with gems of information such as government appointments, issuance of land title deeds, proposed land use updates, mergers, anti-corruption reports, notices of intent to acquire private land, inheritance of estates of deceased persons, bankruptcy orders, winding up & de-registration of societies and companies, applications mining, broadcasting, aviation, communication licenses etc. The collection has indexed over 190,000 pages of Gazettes from 1899 to 2011.

Summary: While concerns have been raised about the ability of foreign bodies like the World Bank and Google to get access to data, the end product is world-class and unprecedented on the continent. In addition the cost for each of these to the taxpayer has been marginal – at about Kshs. 2 million ($25,000). There are no restrictions on the use of the content on Google books which can be linked and shared with a single click and will be available on an API for more adaptations.