The Android App competition. in the X.com dev. challenge participants can win prizes of up to $25,000. D/L is 14 May.

Connected Kenya Vision 2030 ICT awards from the Kenya ICT Board.

Mass Challenge a $1 million start up competition (via @egm_photo)

Winners of the Nokia Idea storm will have their ideas developed into phone apps. D/L is April 14.

TEDGlobal 2011 takes place in Edinburgh, Scotland in July 2011. It moves from traditional Oxford this and 75 places available, and D/L is April 4. 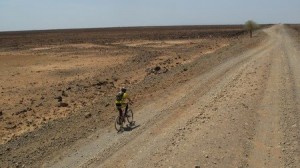 Photo is from a blog tracking a Cairo to Cape 12,000 kilometre bicycle expedition (equivalent to 4 Tour de Frances in 4 months). It’s now complete after a tough stint in Kenya.