Overlappers are one of the most irritating nuisances of driving on Nairobi. Over-lappers are drivers who are too impatient to wait their turn in traffic, so they swerve into the lane for oncoming traffic or onto pavements & footpaths, and speed away, only to nudge/cut-in/force/beg for their way back into their assigned lane when they run out of road or meet another car. The habit is believed to have started with Matatu (minibus) drivers who used to be acknowledged as the worst drivers in Nairobi, but has spread to other including ordinary drivers, taxis, buses, governments & diplomatic vehicles. 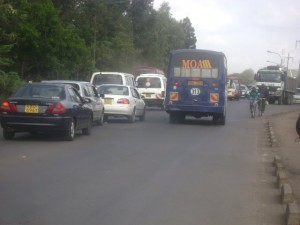 So we’ve started a new site – Overlap.co.ke ( #overlapKE ) – to rank serial over-lappers and point out over-lapping hot-spots for over-lapping . The police may not be anywhere or have an interest in the reckless road behaviour of some motorists, but there are ordinary motorist who are fed up with the impunity that is symbolized by over-lapping and can send in reports to identity the worst offenders.

Car Use Verification: Odometer tampering is suspected to be a not rare occurrence employed to increase the value or enable the importation of the 5 to 8 cars brought in to Kenya from Japan, Singapore, and Dubai.

However for vehicles shipped from Japan, @Karuoro of Huduma Bora points to the JEVIC(Japanese Vehicle Inspection) site which wary drivers can use to confirm the details of the vehicle they are about to buy, including identification/serial numbers and odometer readings at the time they left Japan.

Road Rage incidents are thankfully still only isolated incidents despite, the build up of traffic gridlock. The use of Police Officers to control traffic is both praised and loathed in different measure. – and a few weeks ago, a truck driver got involved in a major fist fight (longer than several boxing matches) with a traffic policemen.

It was captured on camera (above), and when played on TV caused some debate with different viewers siding with the policeman and others with the driver who was later charged in court.

Thika Road: It’s transformation to a super-highway courtesy of engineers from China continues, and they are changing the landscape from Nairobi to Thika – going by the changes at Museum Hill, University of Nairobi, and Globe roundabout. You can follow the changes with this useful Thika Road Blog. 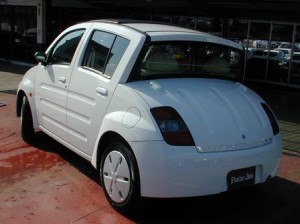 Ugly Cars: via @diasporadical comes two lists of ugly cars that may be less desirable than the controversial Toyota Vitz which is equally loved and loathed around Nairobi. My (least) favorite, it’s the Toyota Will V1, of which there a few around Nairobi, but this odd shaped car does not appear to have an (too embarassed?) manufacturer’s badge.