East African Breweries is seeking shareholder endorsement of their decision to purchase 51% of Serengeti Breweries of Tanzania. They have sent out a shareholder circular produced by Merrill in London that outlines the nature of their investment. 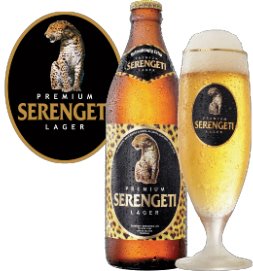 Partnership: Serengeti will distribute EABL brands exclusively in Tanzania (except duty-free shops). Also Serengeti will brew EABL beers but this has not yet started.

Payment: The EABL Board estimates that it will make a cash payment of US$61 million (equivalent to Kshs 4.95 billion) to acquire its 51% stake using reserves or bank facilities (no recourse to shareholders). They will retain $10 million to deal with any shortcomings or deviations in concluding the deal.

Partner: Serengeti is the second-largest brewer in the country with a 15% share behind Tanzania breweries (EABL’s previous partner) who have a 72% share of the branded brew market. However unbranded beers command a significant majority of the alcohol consumed in Tanzania – and these include fermented drinks and local beers like Kimpumu (millet beer, is that Tz busaa?), cassava beer, Tekawima (maize beer, is that Tz changaa?) which are highly popular. Serengeti has plants in Dar es Salaam and Mwanza and is developing one in Moshi.