The annual general meeting of Total Kenya was held on June 2 at KICC Nairobi. (Excerpts from shareholder Q&A)

Hot Button issue was the Low Divided
– Board said DPS of 1/= ($0.12) per share down from traditional 2.50/= ($0.03) per share is the best they can do
– Why are you not paying dividend as high as rival Kenol? If rival Kenol is paying more, it is because they have not invested like Total (Note: today was also the day Kenol effected their second ever share split, giving their shareholders 10 new shares, for every one they owned)
– Buyout of Chevron by creation of new shares has diluted ordinary shareholder stake and dividend? true but this information was disclosed before the deal was approved and completed 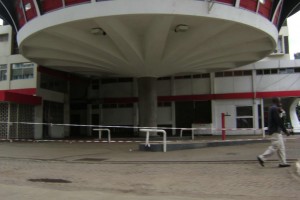 Will Total bid for Shell assets? No they will not bid – various reasons cited include, its an international deal that covers 20 countries, they (and Shell) are already at about 30% market share in Kenya and can’t go higher (also cost)

High Working Capital: one shareholder noted the company traditionally carried high debtor levels, high stocks and high borrowings and called on the Board to be vigilant in collections, reduce stocks, and perhaps do a rights issue to rectify this. Chairman said they are vigilant with credit sales, and that inventory was currently higher as it was for the two individual companies (Chevron & Total), and that they will review the rights issue to see if it is relevant

Chevron stations: Which were bought in 2009 – and those not being sold onwards (as directed by Kenyan Government) will be-rebranded by year end, and there will be no loss of staff at either company